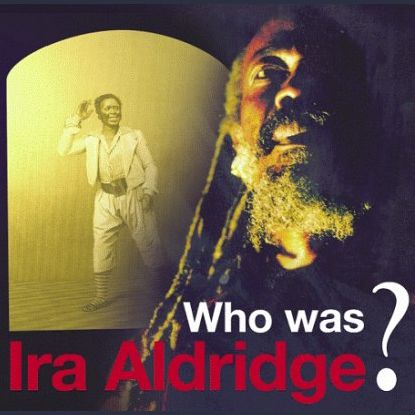 Commemorating the life and work of Ira Aldridge 1807-1867

The Ira Aldridge Bicentenary Project aims to commemorate the life and work of Ira Aldridge, establish his status and contribution to Theatre History and acknowledge his legacy as an advocate for equal rights.

The project will mount performances, workshops, discussions, and an exhibition on the life of Ira Aldridge, Black dramatist and actor extraordinaire (1807-1867). Splendid Mummer, a play by Lonnie Elder III on the life of Aldridge, will be produced in July 2007 at the Old Vic (where he performed in the 1820’s) and other venues to mark the bicentenary of Aldridge’s birth.

The 200th anniversary of Aldridge’s birth (July 2007) will coincide with year-long celebrations planned for the bicentenary of the British Parliamentary Abolition of the Slave Trade (1807). The Project will link with a highpoint of cultural reflection, remembrance, and historical revaluation. Aldridge’s activism in the abolitionist cause was integrated into his stage roles and persona as an actor – as well as in his public statements to British and European audiences.

The Aldridge Project will be rolled out in phases (October 2006 – December 2007) deliberately aimed at developing a momentum of interest in the character, times, and work of Aldridge. The project will attract the support of individuals and groups involved in the educational, heritage, arts, and community sectors. It will create tangible benefits and longterm resources for use across these sectors.