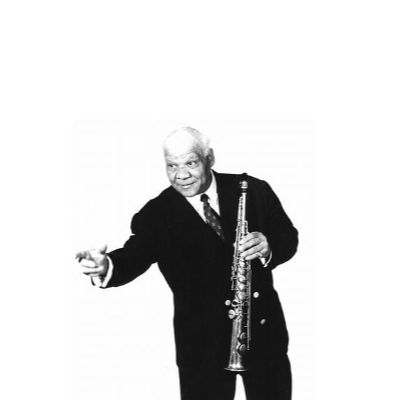 The year is 1907 and in the garden of a house in New Orleans , the great cornet player Freddie Keppard and the Manual Perez band w ere playing for Leonard Bechet’s 21st birthday party. While they were playing they heard some striking clarinet accompaniment coming from inside the house. Intrigued, a couple of the band members went to see who was playing. There they discovered a young Sidney Bechet furiously playing along with the band on his brother’s clarinet. He was only 10 years old, but to the musicians who saw him, it was immediately apparent that they were witnessing a talent well beyond his years.

12 years later when Sidney Bechet arrived in Liverpool on 14th June 1919 with the pioneering Southern Syncopated Orchestra, he became the first acknowledged Jazz great to set foot in Great Britain. In August of the same year he would be playing before the king at Buckingham Palace.

Not long after in October 1919, the distinguished Swiss classical conductor Ernest Ansermet who had heard Bechet play at a London co n cert with the SSO, was moved to publish what many consider to be the first serious musical consideration of jazz in print. Bechet’s impact on the Russian composer Stravinsky is also well documented.

Over the next three years Sidney remained mainly in London as part of SSO breakaway group the Jazz Kings, playing all over the UK, including long residencies at the Embassy Club in Old Bond Street. He was rubbing shoulders with the very elite of British society , and among his students was a certain Charles Henry Maxwell Knight, the future British spy who was the inspiration for the character “M”, head of the Secret Intelligence Service in Ian Fleming’s James Bond novels.

By 1922 Sidney was living at 27 Southampton Street in an area which included other famous residents such as Virginia Woolf, George Bernard Shaw, and Victorian Prime minister Lord Salisbury. Southampton Street was renamed Conway Street after WW2 ,and the Sidney Bechet blue heritage plaque will be unveiled at his former home on 24th November 2014 by his son Daniel.

Composer Duke Ellington said of Bechet that "Of all the musicians, Bechet to me was the very epitome of jazz."

Mr Daniel Bechet said: "Whenever someone asked him about his music, my father would always say, "I play what I live!""

John Chilton – Sidney Bechet Biographer said: "I have always been fascinated by Sidney Bechet’s music: he was featured on the first jazz recording that I consciously heard, and his was the first photograph that I ever stuck in a scrap book."

Howard Rye – Historian said:
"As one of the greatest and most influential improvising musicians of the twentieth century, Bechet richly deserves to have his stay here commemorated."

Jak Beula – Chair of the Nubian Jak Commemorative Plaque Scheme said: "As someone who did more than any other to pioneer the art form known as Jazz in Britain and Europe, it is very pleasing that at long last Sidney Bechet should be honoured with a blue plaque in Britain, at his former home in Fitzrovia."

The Nubian Jak Community Trust is the only national BME plaque and sculpture scheme in the UK and Europe.

The Sidney Bechet Heritage Plaque Tribute was raised by public subscription. T he name of every donor will be inscribed at the back of the plaque for future posterity