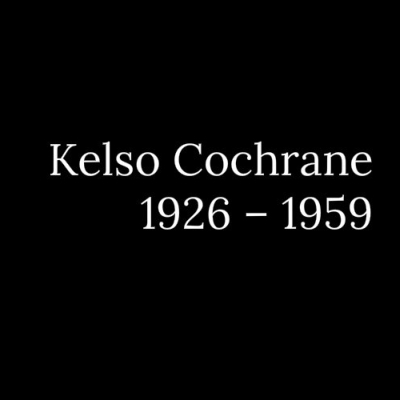 Kelso Cochrane Honoured With A Blue Plaque
50 years to the day, after the violent murder of North Kensington resident Kelso Cochrane, the Nubian Jak Community Trust is to install a Blue Plaque at the Grove Inn Restaurant & Bar, on the corner of Golborne Road and Southam Street, W10.

The commemorative plaque will be unveiled on Sunday 17th May at 3pm by His Excellency Dr Karl Roberts, High Commissioner of Antigua and Barbuda, the Mayor of the Royal Borough of Kensington & Chelsea, Councillor The Hon Joanna Gardner, and Jak Beula, Chair of the Nubian Jak Community Trust.

The unveiling is part of a year long program to remember the 1958 riots by the 1958-9 Remembered Steering Group and to celebrate the community achievements since.

The 1958 Notting Hill riots were recently highlighted in the popular British soap series EastEnders, in an historic episode in March 2009, which for the first time featured an all-black cast.

Kelso Cochrane moved to London from Antigua in 1954, where he settled in Notting Hill and worked as a carpenter. He planned to study law and was saving money earned from his work to pay for his tuition fees. One evening after fracturing his thumb in an accident at work, he went along to the A&E department of Paddington General Hospital for treatment. It was while walking home from there that he was set upon by a group of white racists. One of the men stabbed Kelso through the heart with a stiletto knife; three other men came to his aid prompting his attackers to flee. Those three men took Kelso to hospital, where he died soon afterwards. His funeral was attended by more than 1,200 people.

Oswald Mosley’s British Union Movement was active in Notting Hill and North Kensington at the time. A Union Movement member, Peter Dawson, later claimed in an interview with the Sunday People that it had been a group member who was responsible for the murder. Indeed not long afterwards Mosley held a public meeting on the spot where Kelso Cochrane had been murdered. No one was ever convicted.

Kelso Cochrane’s death led to the British Government setting up an investigation into race relations, chaired by Amy Ashwood Garvey. It would result in improved community relations, and better understanding between the diverse communities living in the North Kensington area.

Jak Beula, Chair of the Nubian Jak Community Trust said: “The death of Kelso Cochrane and the subsequent outrage it caused made worldwide news in 1959. Like Stephen Lawrence, his passing led to a reassessment of race relations in Britain, and ultimately influenced the government to pass the first race regulations act in Britain. ”

Councillor Pat Mason, 1958 Remembered said: “Kelso’s shocking murder led to the defeat of Oswald Mosley in the 1959 election and his fascist forces chased out of North Kensington ”

HISTORYtalk Director Pat Fuller said: “This plaque is a signficant step in the lasting commemoration of Kelso Cochrane, and a reminder that all communities need to stand together now and in the future. ”

The Nubian Jak Community Trust Plaque Scheme is the only national BME plaque scheme in the UK. For more information contact: 0800 093 0400 or email info@nubianjak.com