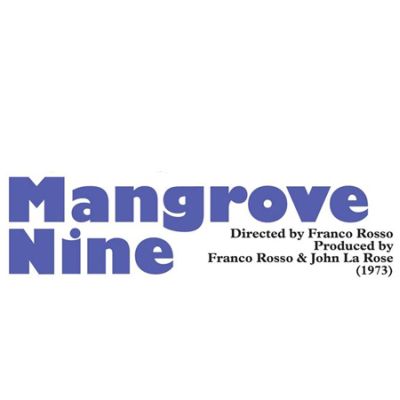 Mangrove Nine tells the story of conflict between the police and the black community in Notting Hill at the start of the 1970s.

The central incident of the Mangrove affair took place when a deputation of 150 black people protested against long-term police harassment of the popular Mangrove Restaurant in Ladbroke Grove. The protest – policed by 500 police and a plain clothes police photographer – later led to nine arrests and 29 charges.

The charges ranged from making an affray, incitement to riot, assaulting a policeman, to having an offensive weapon. 22 of the charges against the nine were dismissed including all the serious ones. Only seven minor counts were found proven. The high profile trial at the Old Bailey lasted for two months finishing in December 1971 with five of the defendants being completely acquitted.

Most strikingly, the case made legal history when it delivered the first judicial acknowledgement of ‘evidence of racial hatred’ in the Metropolitan police force. The Mangrove Nine film portrays interviews with the defendants recorded before the final verdicts were delivered at the trial, as well as contemporary comments from Ian Macdonald and others.