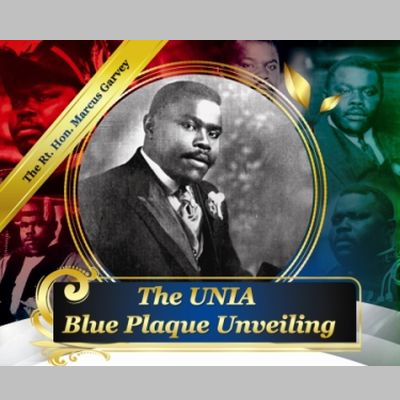 On Wednesday 17th August 2011 Narrative Eye unveiled the Universal Negro Improvement Association (UNIA) Blue plaque to commemorate the presence and work of this organisation in London from 1935 to 1940.

Marcus Mosiah Garvey founded the UNIA in 1914 and worked tirelessly to fight for the rights of those from the African continent and the Diaspora on the international stage. His efforts were relentless and at the organisation’s height it had 11 million members across the globe.

The UNIA headquarters moved to London in 1935 under the face of an oppressive system. It was here that Marcus Garvey resided until his death in 1940.

This plaque is dedicated to the UNIA in recognition of their presence and contribution to the rich history of the local area and Britain as a whole.

The Plaque is placed on the wall of No.2 Beaumont Crescent W14 9LX, the offices of the UNIA where Marcus Garvey and UNIA members conducted their important work. This serves to ensure that the great work of the UNIA in this country cannot be denied or forgotten.

On the day of the unveiling speakers and invited special guests gathered outside the house where the Honourable Marcus Garvey once resided, No. 53 Talgarth Rd W14 9DD. Speeches from noted community members were made followed by the unveiling at No.2 Beaumont Crescent W14 9LX between 2.45 and 4pm.

It was a great occasion to pay respect to one of the most significant men and organisations to have contributed to twentieth century history.