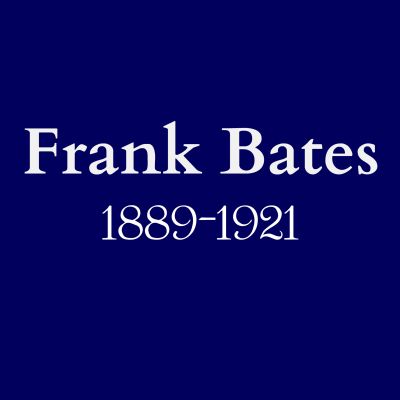 Sunday 19th May 2013 at 2:30pm will see a blue heritage plaque unveiled in Peckham Rye, Southwark, at the former home of one of the pioneers who brought Jazz to the UK after the first world war.

Bajan born Frank Bates was a singer in the Southern Syncopated Orchestra, a 36 piece orchestra made up of African American, Caribbean, and British born musicians of an African heritage. The orchestra included three women, one of which was the trombonist, and two English musicians who liked the music so much they use to apply makeup to their appearance in order to play and publically perform with the band. Such was the demand for their music after the war that the inclusion of white musicians made them appear as if not quite the genuine article.

The orchestra was invited to play at Buckingham Palace, and there is no doubt that between 1919 and 1921 they were the no.1 Jazz transition ensemble in Europe, and arguably the world. But at the height of their success tragedy struck when they were involved in a naval shipping disaster that has since come to be referred to as the black Titanic.

On October 9th, 1921 the steamship Rowan was on a voyage from Glasgow to Dublin with passengers that included the Southern syncopated Orchestra. Just after midnight a collision occurred in foggy waters between the Rowan and American cargo liner West Camak, off Corsewall Point. Initial panic soon turned to calm when it became obvious the Rowan was not seriously damaged and little chance of sinking. However, less than a quarter of an hour later out of the fog and into night suddenly came rushing the Clan liner, Malcolm, weighing 5,994 tons. It plundered into the side of the Rowan splitting the smaller steamship in two. Within two minutes the Rowan had disappeared into the sea, claiming 35 lives, nine belonging to the Southern Syncopated Orchestra of which Frank Bates was one.

The disaster made worldwide news at the time coming 9 years after the Titanic, and not least because of its illustrious passengers. However, the tragedy proved too much for the orchestra and within a year they disbanded.

As post war Jazz began to evolve, the legend of the Southern Syncopated Orchestra began to fade. And there it would have remained, passed down as an oral history tradition among a few descendants of the orchestra, had if not been for a relentless jazz historian called Howard Rye and the granddaughter of Frank Bates, a certain Juliet Jones. The two met and eventually approached the Nubian Jak Community Trust regarding a commemorative plaque to the band. Such was the importance of the Southern Syncopated Orchestra to the history of British music that the Trust has agreed to unveil a series of four plaques dedicated to them.

The Frank Bates Tribute is the first of a 4 part plaque series honouring some of the illustrious musicians that played in the SSO. This includes Ellis Jackson, Pete Robinson and Sidney Bechet.

The first plaque to Frank Bates will take place:

Granddaughter of Frank Bates Juliet Jones said: "As the granddaughter of Frank Bates I consider it an honour to share this story of forgotten heroes and heroines of jazz with the world. The past 10 years has been a fascinating voyage of discovery of the major contributions made by the African American jazz band the Southern Syncopated Orchestra to early jazz. Sharing the personal effect it’s had on my family and that of other descendants and widows and orphans affected by the disaster is already grabbing global attention. Enjoy!"

Founder of the Nubian Jak Plaque Commemorative Plaque Scheme Jak Beula said: "The evolution of British popular music after WW1 and the impact of early Jazz on the nation and in Europe, owes a great deal of gratitude to its greatest musical influence and pioneers of the time – the legend of the Southern Syncopated Orchestra."

British Historian and Jazz expert Howard Rye said: "It is good to know that the Southern Syncopated Orchestra, which had such an impact on British musicians and on jazz internationally, is finally being given public recognition."