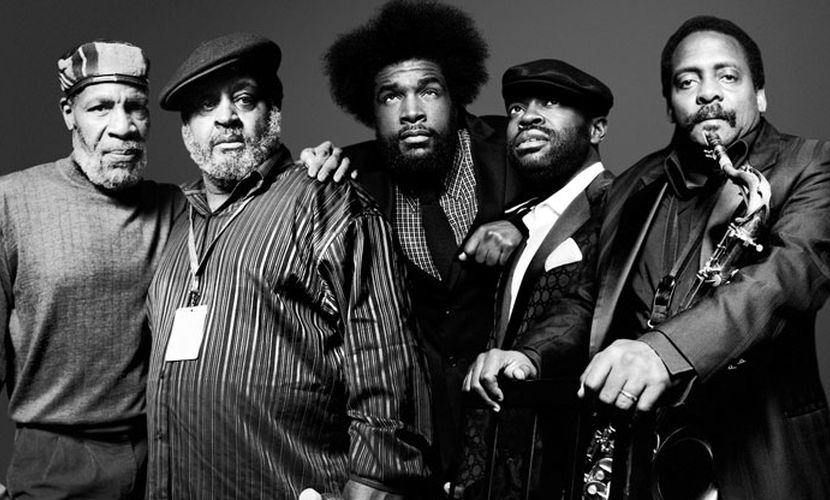 Tongues on Fire: a tribute to the Black Panthers

Tongues on Fire: a tribute to the Black Panthers Directed by David Murray with The Roots, The Last Poets, Doctor L, and the visuals of Emory Douglas Produced by the Barbican

A unique musical tribute to the cultural influence of 1960s African-American radicals the Black Panthers, whose publications and artifacts were often characterised by the unforgettable vernacular artwork of Emory Douglas, Minister of Culture for the Black Panther Party from 1967 until the Party disbanded in the 1980s. The Last Poets, originally formed in 1968, are now widely seen as one of the earliest influences on what would become hip-hop.

Their politically-charged raps, taut rhythms, and dedication to raising African-American consciousness almost single-handedly laid the groundwork for the emergence of political hip-hop a couple of decades later in groups like The Roots, formed in 1987 by Tariq ‘Black Thought’ Trotter and Ahmir ‘Questlove’ Thompson in Philadelphia. The Roots have continued to provide a left-field, politically conscious and jazz-influenced take on the genre.

Tenor saxophonist David Murray, the star of the free jazz ‘Loft Scene’ in 1970s New York, has since ploughed a highly individual musical furrow, leading small groups, an octet and a big band as well as recording a tribute the Grateful Dead, Dark Star, and picking up a Grammy Award in 1989 and the Danish Jazzpar Proze in 1991. Murray’s work has also been remixed by French hip-hop producer Doctor L.

"People saw themselves in my pictures…They were the heroes – the aunties and uncles, brothers and sisters – the pictures captivated them, then they could dwell on the message’" – Emory Douglas on his work for the Panthers