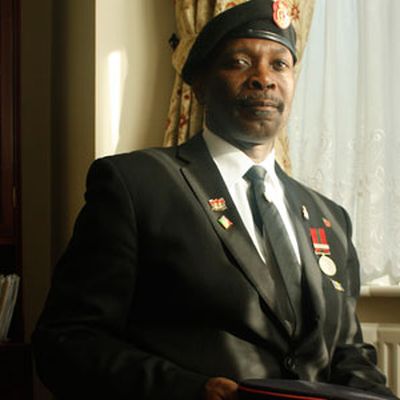 To commemorate the centenary of the First World War, The Drum are proud to host an insightful and intriguing exhibition by rising Birmingham based photographer Inès Elsa Dalal, in partnership with Why Are West Indians Project (WAWI) as part of this year’s Black History Month: Black Blood Runs Red remembrance of soldiers of the Commonwealth.

This year’s First World War centenary remembrances pay special tribute to the bravery and sacrifice of soldiers and servicemen of the former Commonwealth colonies.

This exhibition is the beginning of a new archive of previously untold narratives linking over 400 years of contribution to the British military with mass migration from the West Indies to Britain. Inès initiated this archive twelve months ago, and will continue to work with underrepresented communities in relation to unreported war contribution during the commemoration of the First World War (2014-2018).

The exhibition launches on Tue 11 Nov at 6pm, and will be free to attend and open to the public until Thu 8 Jan 2015.

For more information, call The Drum’s Box Office on 0121 333 2444, or visit www.the-drum.org.uk. To learn more about the Why Are West Indians Project, visit www.whyarewestindians.co.uk

Why Are West Indians Project (WAWI)

Why Are West Indians in this country? The WAWI Project’s principal aim is to promote greater awareness and understanding of Britain’s diverse population, highlighting over four hundred years of mass migration to and the often under publicised West Indian contributions to British culture.

‘It is our mission to connect cultures and restore civic and national pride by actively engaging with individuals and groups.’

‘We strive to promote equality and diversity within local areas and the wider community and seek to promote an environment free of discrimination and ignorance through improved channels of communication and education.’