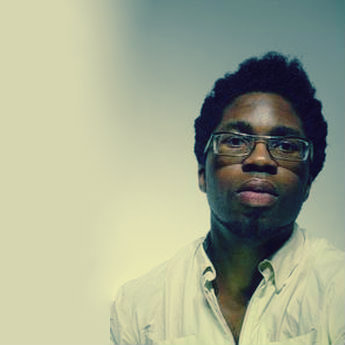 He has written a number of plays and short stories, facilitated writing workshop and is a creative writing tutor for both adults and children.

Jacob is also the Artistic Director of a teen poetry project that works across 9 London schools and the founder and Managing Editor of The Foundry, an online community building initiative and resource for young writers and poets.

When did you first get into poetry?

I’ve loved words ever since I was small. You would have the kids playing football and I was always the kid sitting at the side of the pitch with a book in my hand. I was in the library all the time, and heavily into sci-fi and horror fiction, James Herbert and all that kind of stuff. I was trying to write everything. I was trying to write novels, and invariably I would write the first half a chapter and then get bored and start doing something else. I wrote poems, hip hop lyrics, rhymes and all that kind of stuff. Then when I was about seventeen I started to focus down a bit more on poetry.

Did your parents encourage you to be a poet?

I grew up with my mother, and she didn’t quite get it, but you know what? She was very cool. She wanted me to either be a doctor, or a lawyer, it’s a very strong Caribbean thing. High standing, well respected, decent salary, all that kind of stuff. Going through school I so was not doctor or lawyer material. I liked biology, but I was kind of dreamy and wanted to perform and write stuff. I think half way through my school days she realised that I wasn’t going to be a doctor or a lawyer. But for a while she still harboured this thing that I would at some point blossom into a doctor or a lawyer; I’d take off my poet gear and you’d see a suit and tie underneath. She could have been a lot worse, and I really do appreciate that she didn’t put too much pressure on me. I didn’t have to fight her. There were times when she was like, ok you’re a poet, does that pay? Are you going to be able to get through this week? Are you eating properly? But that’s just what mothers do, she was just caring.

How long does it take you to write a poem?

How long is a piece of string? As long as it takes. It could take a minute, it could take five minutes, it could take two or three years. I’ve got some poems that I started two or three years ago that I’m still not happy with, that haven’t quite hit. There was this poem I finished recently that I started three years ago at least. I came back to it and thought yes! Now I know how to finish it. There was a poetry slam at the Poetry Society on Betterton Street, and one round you had to write a poem in five minutes, then get up and perform it. If your gonna write a decent poem its gonna take a little while, your gonna edit it, play around with it, leave it to sleep for a little while, come back to it, wake it up, take out the unnecessary bits.

What do you think of the poetry scene in London compared to America?

The poetry scene in London seems to go through these cyclical regeneration’s and resurgences. There is always an undercurrent of interest in poetry but it branches out into the mainstream and then falls back again. It’s really strong at the moment and getting stronger. Poetry is more of an institution in the States. Spoken-word poetry is part of the culture there, particularly in the African American communities.

Oral culture, oral history, it’s all very much related to church and plays a big part in the black community. We don’t have so much of that enshrined over here. There are entire movements of poetry that have not been documented in the history of poetry in London.

So, people know about the dub poetry era, as exemplified by Linton Kewsi Johnson, but there is lot more to it than that, and there’s not a lot of information kicking around, no easily accessible archives that people can go to, to find out about this stuff. You speak to a lot of the young poets now, and they won’t know what happened in the poetry scene before two or three years ago. The rhythm writers, which was in the era just after dub poetry, people don’t know about anymore. I run this site called Metaroar.

The plan is to develop an archive of spoken word, poetry and different things that happen across the scene, so that all the different poetry movements can begin to have a place in history, rather than just the major ones.

What has been your biggest achievement to date, what are you most happy about?

Wow! Well the first thing that comes to mind is the teaching I do. I was running this project where I organised poetry slams between school children. One of my teams was up on stage, and there’s this kid Kieran, the youngest kid on the project and the joker in the crew.

I’ve been telling him all the way up to the slam, ‘Kieran, make sure you really practice, really perform, don’t wanna scare you but its different when you get up on stage and there’s 300 people in the audience, don’t get weirded out by it ok?’ and he was like no I’ll be fine. So we get there and the group are up on stage, performing together in a team piece. And they come to his line, and he looks out at the audience and he freezes, and then he starts to cry, and I’m like – what do I do? Do I go up there on stage and kind of rescue him or do I leave him to work it out so it becomes a learning experience for him later on? I’m half in, half out my seat.

This other guy on the team called Israel walks up from the back of the stage, puts his arm around Kieran, hold out the piece of paper and says don’t worry about it, we’re gonna do it together. Everyone in the house was crying! So he performed, and came out with the strongest voice on the stage.