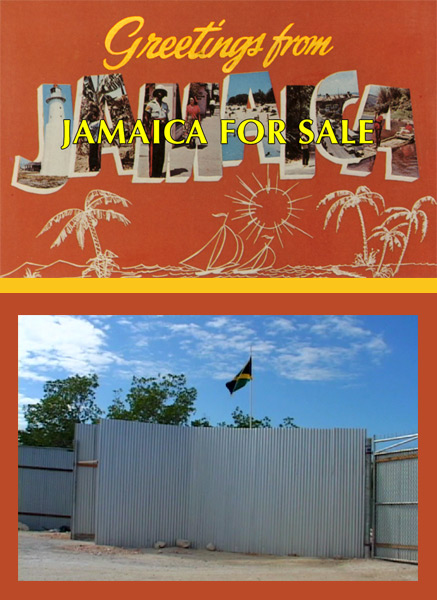 Powerful documentary about the negative impacts of tourism in Jamaica

Jamaica for Sale (www.jamaicaforsale.net) is a compelling documentary about the damage effects of mass tourism in the Caribbean island of Jamaica. The award-winning film is now available on DVD through the new online shop of the Caribbean Creativity Foundation (www.caribbeancreativity.nl).

The Caribbean is the most tourism dependent region in the world. In Jamaica, tourism has been heavily promoted since 1891 as the way to modernization and prosperity. Until now, however, the industry has tragically failed in its promises, as Jamaica is one of the most indebted countries in the world and the third poorest country in the Caribbean. Jamaica for Sale critically assesses the idea of tourism as the saviour of the island and shows the severe economic, social and environmental impacts of mass tourism and unsustainable development in Jamaica.

Jamaica for Sale is directed by Esther Figueroa (Vagabond Media) and produced by Diana McCaulay (Jamaica Environmental Trust). They present an unsettling and hard-hitting portrait of an industry in crisis, one that rapidly turns the island into one big hotel complex. Their feature-length account combines interviews with Jamaican workers, small hoteliers, fishermen, community workers and environmentalists with original archive material and rare recordings of tourism-related events. As Jamaica is irreversibly transformed by massive hotel and luxury condominium development, Jamaica for Sale both documents this transformation and is trying to turn the tide. It is a cautionary tale not just for Jamaica, but all islands in the Caribbean, and all places around the world who are dependent on tourism or participating in unsustainable development practices.

Caribbean Creativity, a non-for-profit organization dedicated to the development and promotion of Caribbean cinema, has partnered with Esther Figueroa to distribute Jamaica for Sale to the wider public. As of today the DVD is available for EUR €20 (no shipping costs!) through the recently launched web store of Caribbean Creativity. The revenues of the DVD sales will entirely go to the production of Independence, Figueroa’s latest documentary project on the benefits and detriments of Jamaica’s independence.