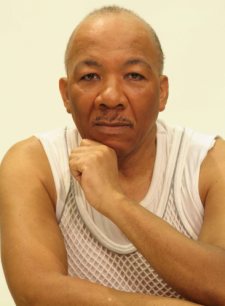 Jackie Guy is an international choreographer and one of Britain’s leading tutor/lecturers in the area of Afro-Caribbean dance forms.

Founding Artistic Director of the University of the West Indies Dance Society, and former principal dancer with the National Dance Theatre Company, (NDTC) Jackie Guy has been conferred with the Member of British Empire Award (MBE) in the 2012 Queens’ Birthday Honours List.

Jeremy Hunt, UK Secretary Of State in his letter to Guy advising of the Award said that “a noted historian choreographer, lecturer, historian and archivist in the field of Caribbean tradition folk dances you have made a significant contribution to the development of Caribbean dance education to the UK Cultural Sector.  I know that this award will be warmly welcomed by your friends and colleagues.”

Guy who spearheaded the UWI Dance Society for almost 20 years before heading off to the UK in 1988 to further make his mark on hearing the news said “I was somewhat surprised, but immensely happy and shed a tear because I know my dear Mother Guy would have been extremely happy for me if she was physically alive to celebrate in this special moment. I also feel very proud as a Jamaican who has contributed a great deal to the development of Caribbean Dance within the United Kingdom.”

The recipient of several awards for outstanding contribution to Dance and Theatre, last October Guy also received the Life-time Achievement Award’ for his dedication and contribution to the development of dance of the African Diaspora in the United Kingdom.

Guy received his early training from Alma Mockyen OD.  He was also the Artistic Coordinator, Tutor and Choreographer for Movements Dance Company for several years. In 1988 he became Artistic Director of Kokuma Dance Theatre Company in the UK.  He took the Company to full professional status and under his artistic leadership and vision, the Company won the Black Dance Awards for Outstanding Choreography and Production and the Prudential Commendation Award for Excellence, Innovation and Creativity.

Guy is well-known and respected for his highly creative approach to community dance projects throughout Britain, as well as those he conducted as part of a British Council initiative, in Zimbabwe where dancers and students travelled from South Africa, Zambia, Mozambique, Angola, Malawi and other regions to experience his classes. His work as a Dancer, Teacher and Choreographer has taken him throughout Europe, Africa, Australia, USA, Canada, Mexico and the Caribbean.

Within his choreographic works, Guy fuses traditional Caribbean dance vocabulary and folklore with elements of modern/contemporary dance techniques. The result is a unique style which balances theoretical principles with a practical approach that enables dancers to experience the dance form whilst also learning its socio-cultural dynamics and nuances. His work remains inspiring grounded in a rich Caribbean cultural tradition and immensely accessible.

Among his choreographic works on the international dance landscape are: the record breaking iconic Jamaican Musical ‘The Harder They Come,’ O Babylon, One Love, Caribbean Connection, Romeo and Juliet, Golden Mask of Agamemnon, Marat Sade, Spirit of Carnival, Repercussions, Sting, History of the Drum, Twelfth Night. On the local scene he is credited for choreographing the LTM Pantomimes: Music Boy, Johnny Reggae, Mansong, The Pirate Princess and Ginneral B

Alma Mock Yen at a recent homecoming master class held in his honour at the Phillip Sherlock Center at the UWI to celebrate the MBE achievement recalls with pride her longstanding association with Guy and referring to him as the perfect manager attending to all the needs of the students to ensure that the show got on the road.

Dr. Nadia Williams, a Past President of UWI Dance Society reminisced that Jackie had the most uncanny ability to take the weakest dancers and make their strengths shine through. “Despite the rigours of the classes, rehearsals and performances we always enjoyed ourselves. “she said.