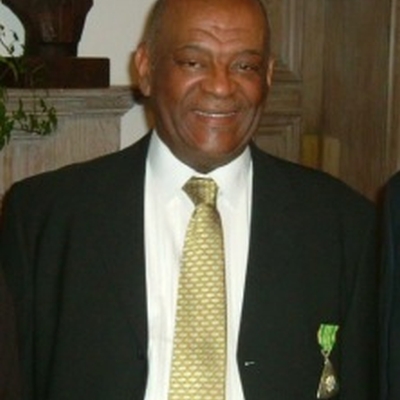 The Jamaican High Commission in London is mourning the loss of Donovan Hammond, the long serving Office Manager who died on November 26, after a battle with cancer.

High Commissioner to the United Kingdom (UK), Burchell Whiteman, has expressed condolence to Mr. Hammond’s wife and family. He said Mr. Hammond’s family, the High Commission, the UK Jamaican community and indeed, all of Jamaica, had lost a truly wonderful and caring person.

Mr. Hammond had often gone far beyond the call of duty to assist Governors General, Prime Ministers, and Ministers of Government, public officials, staff members and citizens in general, while carrying out his duties.

“It will be difficult to imagine the High Commission without Don Hammond. After 35 years of selfless service, his passing marks the end of an era. I am pleased that the Government of Jamaica and the High Commission were able to show appreciation to him, when in March this year, I presented him with the insignia of the Order of Distinction for services to Jamaica and the Jamaican community in the United Kingdom, at a special ceremony in London. That occasion was shared with his wife Yvonne, his daughters, other family members, his colleagues and scores of his friends and well wishers,” Mr. Whiteman said.

Mr. Hammond was loved and respected by the Jamaican and wider community. He possessed in depth knowledge of both the Jamaican and host communities and he was always willing to share this knowledge and his skills. He was a generous person and an outstanding ambassador for his country.

The High Commission honoured him with a special reception last year, to celebrate both his birthday and his conferment with an Order of Distinction . He was praised for his loyalty and commitment to country, as well as his dedication and steadfastness in ensuring that the job was done well.

In an interview then with JIS News Mr. Hammond expressed his pride and gratitude for the recognition.

“I appreciate it very much. It is good to be rewarded when people see that you have done a job well. Sometimes, you may feel that your work and your efforts are not fully appreciated, so it is good when others recognised you and your work,” he said.

Mr. Hammond started working for the Jamaican High Commission in 1974. He was originally from Allman Town in Kingston, but moved to the United Kingdom in 1962 to live with his grandmother and complete his education. He leaves behind wife Yvonne, five daughters, grand children and scores of other relatives and friends.