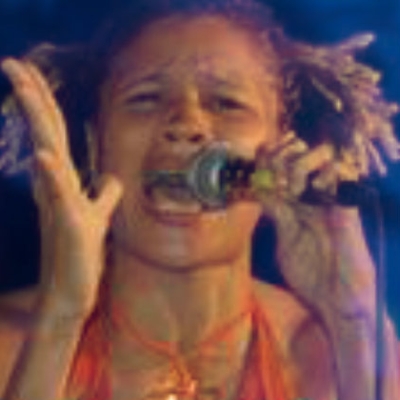 Calypso Queen, St Lucia, 2004, was set to rise to the top, her untimely death will be a great loss to the Soca calypso music scene.

Sadly another tragic loss the the music world, Janny Williams looses her life at such a young age.

St Lucia’s 2004 Calypso Monarch, Janny Williams passed away on Sunday 24, October. The 26 year old was involved in an accident which saw the car she was driving plunge well over three hundred feet down an embankment. Janny first hit the limelight with her 2002 soca tune Splash.

Janny “Splash” Williams, was only 26 years old, when she was killed on Sunday 24th October, in a car accident near Anse la Raye, ST Lucia. The Car she was travelling in veered off the West Coast Road, reportedly falling 300ft or more. There were four other people in the car, all of whom are in critical condition in hospital.

Janny “Splash” Williams, a graduate of the St. Joseph’s Convent , was on her way up, she first made an impression on Soca fans when her track ‘Splash’, turned out to be a huge hit, in 2002, since then she had been travelling to Trinidad writing and rehearsing. After an explosive performance this year, she became St. Lucia’s Calypso Monarch 2004.

She will not only be remembered for her musical contributions, but she helped form ‘Caribbean Visions’, as well as promoting the benefits of education and learning, across the Caribbean. Her latest project was a Charity concert raising money for Grenada, in the wake of the Hurricane. Prime Minister Dr. Kenny Anthony who fully endorsed the concert, has also expressed profound sadness on hearing the news of the Calypso Queen’s death.