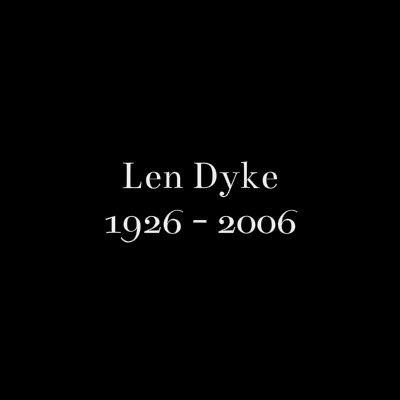 Len Dyke, the co founder of the Black hair company Dyke and Dryden

The funeral of Jamaican born business man community activist, Len Dyke, the co founder of the Black hair company Dyke and Dryden marks the end of a remarkable life. Dyke was always firmly rooted and dedicated to the Afro Caribbean community.His funeral was attended by hundreds of people from around the country, at the United Reformed Church in Palmers Green.

Together with his partner Dudley Dryden, who died in 2002, they became business leaders within the West Indian community. Dyke and Dryden became Britain’s first Black-owned multi-million pound business supplying hair and beauty products to mainstream store outlets, setting new business standards for services to the African Caribbean community. They overcame the barriers and discrimination prevalent during the Windrush era. And went on to capture markets in Britain, Africa and the Caribbean in the ethnic hair and skin care industry.

Dyke was born on December 18, 1926, in the Parish of Clarendon, Jamaica, and emigrated to the UK in 1955. He was active member of the Afro Caribbean community, and instrumental in early race relations, as well as being a member of the West Indian Standing Conference and Association of Jamaicans.

The Dyke and Dryden success story started in 1965, when the two entreprenuers started a small shop in Tottenham, North London selling records. Word soon spread and DJ’s came from around the country to get hold of the latest records from Jamaica.

They then expanded and started selling cosmetics and black hair products to the West Indian community. As it turned out, it was a much needed service, and flourished. In 1968, Tony Wade joined the company, and they went from strength to strength, distributing, and later manufacturing hair care products for black hair.

Throughout, they supported numerous educational social and community projects within the West Indian community, and launched the Afro Hair and Beauty exhibition which runs successfully to this day.

The story of Dyke & Dryden is a great inspiration, and shows what can be achieved.