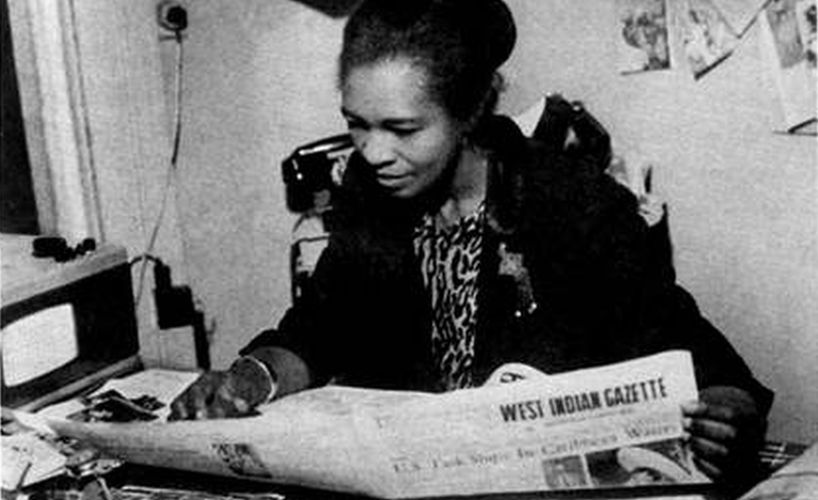 Claudia Jones was a towering figure in politics in the second half of the twentieth century in the USA, UK and beyond.

She was born in Trinidad and as a child she migrated with her family to the USA, where she became a political activist, Black nationalist and campaigner for freedom, through her communist beliefs.

As a result of her political activities, she was deported from the USA in 1955 and she subsequently lived in the UK. She founded Britain’s first Black newspaper, The West Indian Gazette and Afro-Asian Caribbean News, in 1958.