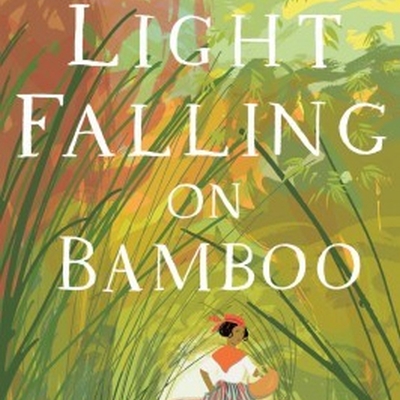 New Beacon Books and the George Padmore Institute have pleasure in inviting you to Lawrence Scott Reading and in conversation with Anne Walmsley.

New Beacon Books and the George Padmore Institute are delighted to invite you to celebrate the publication of Lawrence Scott’s new book, Light Falling on Bamboo, published by Tindal Street Press.

Set in 1848, Light Falling on Bamboo dramatises the life of renowned artist Michel Jean Cazabon as he returns home to Trinidad from Europe to be at his beloved mother’s deathbed.

‘This novel shows us the dark ‘truth of an age’ in a small corner of the New World, once dependent on slave labour. Scott … shows us a world full of prejudice and social injustice, and we feel uncomfortable throughout. And also, like Cazabon, we fall in love numerous times with this complicated world.’- Monique Roffey, Independent

‘In this intimate, compassionate portrait of 19th century Trinidad, Lawrence Scott presents a gripping tale of a world burdened by its secrets and exposed by its art.’ – Earl Lovelace

Lawrence Scott, prizewinning novelist and short-story writer was born on a sugarcane estate in Trinidad. His previous novels are Witchbroom (1992), Aelred’s Sin (1998), and Night Calypso (2004). In 2009 he edited Golconda: Our Voices Our Lives, an anthology of oral-histories and other stories and poems from the sugarbelt in Trinidad. Over the years, he has combined teaching with writing and he divides his time between London and Port of Spain, Trinidad.

Anne Walmsley is a British-born writer specializing in Caribbean art and literature. Her publications include Guyana Dreaming: the Art of Aubrey Williams (1990), The Caribbean Artists Movement: A Literary and Cultural History 1966-1972 (1992) and Art of the Caribbean, an introduction (2010).