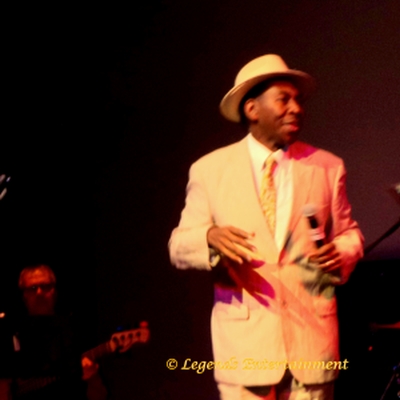 On the evening of August 26th 2013, Carnival Monday, promptly at 7pm, Giselle, Soca/Calypso performing artiste and Chairperson of the Association of British Calypsonians, in her capacity as Master Of Ceremonies, brought the proceedings of ‘The World Stage’ in London’s Powis Square to an end.

It was all part of the celebration of the 49th anniversary of The Notting Hill Carnival and Mr. Leslie Palmer, the noted founder of the ‘Sound Systems’ that were added to what is now Europe’s greatest street carnival made a brief presentation, prior to Giselle introducing the lineup of Calypsonians that turned out to highlight the day’s event.

Present in the crowd was ‘The Mighty Tiger’ – Mr. Ashton Moore – Founder, President and Patriarch of ‘The ABC’, the organisation responsible for bringing The World Stage to Powis Square. This is the venue where on Carnival Sunday and Monday, the two days of the Carnival, musicians and performing artiste from around the globe gather to showcase their talents to an international audience that number in the thousands. This also includes an international press and many of the performers are interviewed upon leaving the stage.

Featured were 2013 Calypso Monarch Sheldon Skeete, Groovy Soca Monarch Nikisha, Brown Sugar, Cleopatra, G-string, Rev. B, Musicman, Helena B, Cloak, Alexander the Great, Admiral Jack, Clivus, Santiago and Giselle, with guest appearances by Macomere Fifi, Canada’s 2013 Calypso Monarch and King Socrates, multi crowned Calypso Monarch from St. Kitts/Nevis. It should also be noted that it was the 21st anniversary of the formation of The ABC.

Credit must be given to The Mighty Tiger for his vision and drive to have Calypso recognised as the first music of the Caribbean and so designated as Heritage Music. The office of the ABC is to be found in the Famous London Tabernacle where the Calypso shows and subsequent Soca and Calypso competitions were held, culminating on The World Stage.

This writer supports the position of Tiger in regard to the special designation that should be given to the art form of Calypso. While it is generally accepted that Trinidad & Tobago is the home of Calypso as we know it, it has been argued that Calypso is amongst the many forms of African Culture that survived the middle passage.

This being said, I must congratulate the entire membership of The ABC and its executive for reinstating ‘The World Stage’ in Powis Square, after a three year hiatus, due to lack of funding and other constraints. I also wish total success to their plans to make 2014 a milestone celebration, in commemorating the 50th anniversary of London’s Notting Hill Carnival in its current format.