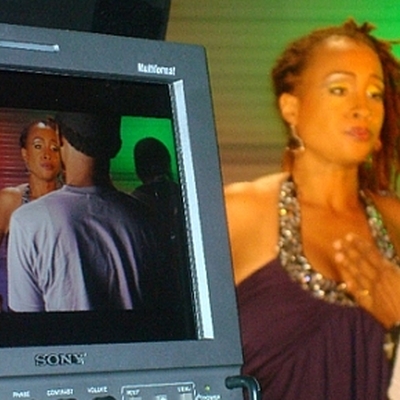 After rolling her way to the top of charts all over the world with the trail blazing single, ‘roll it gal’ and the sizzling video that accompanied the track, Alison is doing it again!

The queen of soca recently released two new videos for tracks from her album Soca Queen. It has been approximately two years since the release of the video for roll it gal so these new visuals will be a treat to her fans.

The videos are for the track ‘the more you get’ and ‘thundah’ both of which are leading singles from her album. Alison who is known for her tremendous sex appeal among other things did not disappoint as she once again managed to successfully combine sexy with classy.

Both videos were shot in Trinidad and were directed by David Cropper, a Canadian of Trinidadian descent. Cropper is also responsible for the ‘roll it gal’ video and some other projects that involved Alison and her former band.