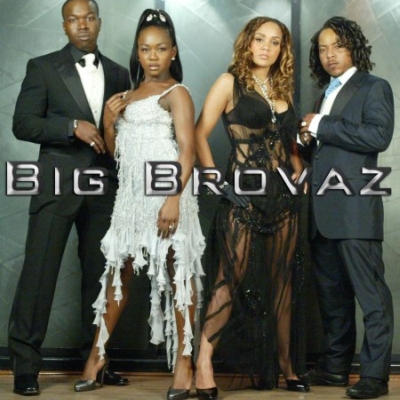 Big Brovaz have previously notched up a series of UK hits, including the massive ‘Nu Flow’ (UK Number 3), ‘Favourite Things’ (UK Number 2) and ‘Baby Boy’ (UK Top 5), as well as recording the platinum selling ‘Nu Flow’ album and walking away with MOBOs for Best Newcomers and Best UK Act of the Year.

With Nadia and Cherise providing the soulful lyrics on Boogie2Nite under the collaborative name Booty Luv, the track was set to be a surefire chart success. Back with their own self penned single Big Bro Thang the girls are working with J-rock and Randy to produce music that is fresh and cutting:

Big Brovaz have definitely stepped up their game with their eclectic flow, where they once again take the meaning of UK Urban to another level…” Steve Sutherland Presenter DJ Produced by Method Man’s studio mentor ‘Deekay’. Big Bro Thang radio mix is slick clean with a thumping base line and vibrant hook. Leading house producers Soul Seekers provide an up tempo smash for the clubs, while the bass heavy grime like mix from the UK’s own DaVinChe gets your head nodding to the thumping base lines and classic string lines.

The single is taken from their sophomore album Re-Entry due for release on March 26th 2007;
Brit hip hop band Big Brovaz are back! The People Newspaper
What a year this is turning out to be for Big Brovaz, with a number 2 record in the charts and a hit single and album upcoming they are truly back “Nobody can rock this the way that they can – It’s a Big Bro Thang!”