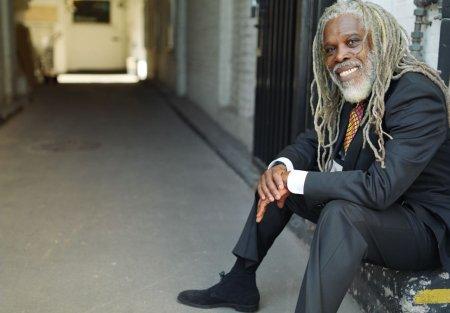 By popular demand, Billy Ocean, will be making a return to indigO2

Billy Ocean is a phenomenon. As the biggest black recording star Britain has ever produced, shifting over 30 million albums, the award winning R&B and pop singer has enjoyed a stunning career filled with dozens of hugely popular hits and albums, both at home and in the USA.

Billy will be bringing his infectious blend of Caribbean soul, funk, pop and R&B to indigO2 at The O2 on June 9th 2010.

Born in Trinidad, the young Billy Ocean moved to the UK with his parents aged 8 and during his teens was a regular fixture on the London club circuit. He released his debut album in 1976, the self-titled Billy Ocean, with its first single Love Really Hurts Without You rocketing straight to #2 in the UK charts.

Ocean’s rise to popularity continued throughout the ’80s, with his hit tune Caribbean Queen ranking at #1 on the American Hot 100, R&B and dance charts simultaneously. The song also earned Ocean a Grammy Award for Best Male R&B Vocal Performance and reached #6 in the UK. Perhaps his most memorable hit came with the release of When The Going Gets Tough, The Tough Gets Going, which was used as the theme to the 1985 Hollywood blockbuster The Jewel Of The Nile, starring Michael Douglas and Kathleen Turner – this feel-good anthem went straight to #1 in the UK and #2 in the US, cementing Ocean’s reputation as a major star. Billy’s list of hits is incredible; Suddenly, There’ll Be Sad Songs, Red Light Spells Danger, as well as Love Really Hurts Without You, Get Outta My Dreams, Love Zone and Loverboy.

Billy Ocean’s uplifting and heartfelt vocal style has earned his the respect and admiration of both his audiences and peers across the world. His songs have been covered by the likes of LaToya Jackson, Randy Crawford, The Nolans and Boyzone and he continues to tour his hits to this day. His appearance at the IndigO2 marks a hugely anticipated return to London for one of the country’s best loved artists in any genre. Definitely not to be missed!