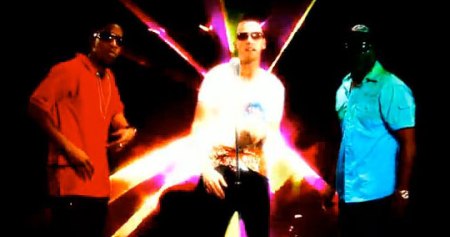 Fresh on the UK urban scene comes Birmingham rapper myKey, dropping his debut single ‘Right Or Wrong’. The release, which was mixed in Kingston Jamaica, has been getting support from tastemaker DJ Trevor Nelson who’s played it on his Breakfast show and as a result is now playlisted on BBC 1Xtra.

Alongside myKey’s charismatic performance, the record features two of Jamaica’s hottest MCs; Exile Di Brave and Don Carl (on the Kingston Mix) who also make an appearance in the video which was shot on the beach under the Jamaican sun and is now picking up airtime on Sky UK’s Channel AKA as well as attracting attention at Birmingham’s upcoming Film & Music Festival The release package includes a Bassline / Club Mix that’s filling dancefloors across the UK and the original version produced by Birmingham production outfit Dub Melitia which has it’s own video available to watch on youtube.

To support the release mykey is setting off on a UK wide Club PA tour delivering his inimitable style of rap to a town near you and it’s definitely a show not to be missed! Originally born in Liverpool, myKey was given a keyboard for his sixth birthday and from that point in time started his musical journey gaining influence from artists such as So Solid Crew, Pay As You Go Crew, Tupac Shakur, Notorious B.I.G. and Elton John, all of which have helped in developing his MC style.

Mykey then moved to London for a short period during his formative teenage years before settling in Birmingham.

In recent months myKey has been in the studio writing and recording more material with Birmingham’s Dub Melitia production team for his forthcoming debut album due for release later this year. This upcoming release promises to deliver a phat package of beats and rhymes up there with the best on the UK urban scene.

On a final note, be sure to check out this rising UK talent who’s catchy song-writing and lyrical spice will soon be packing out a venue near you.