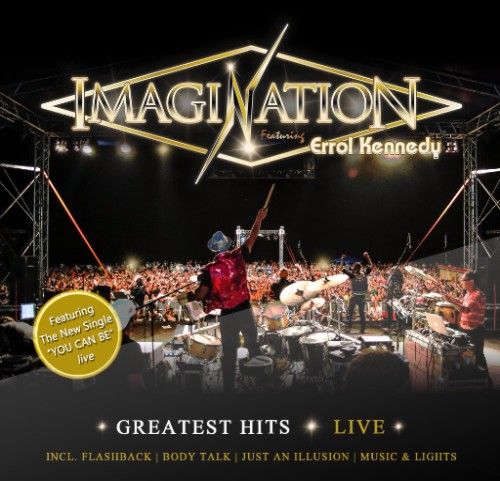 The legendary funk soul group, Imagination, are back! And drummer Errol Kennedy, proves they have just as powerful groove as ever.

You will be guaranteed a flashback with enough music and lights to keep you going in the heat of the night that you’ll most likely find yourself burning up and wondering was that just an illusion?

2016 is an important year in music history – 35 years since IMAGINATION’s distinctive groovy bass-line sounds first hit the airwaves and gold lame hit the dance floors around the globe…. in fact it was 1981 when they released their chart-breaking platinum debut single (and also platinum debut album!) BODY TALK, which ultimately led the band to become the funk-soul-pop legends the name IMAGINATION is now known for over three decades later.

A significant milestone like this needs celebrating and so does Errol Kennedy, who is a producer also in addition to being the co-founder and drummer of the band. He will be releasing a brand new and upbeat pop single entitled “YOU CAN BE (All You Want To Be)”. The song is super uplifting and encourages people to follow their desires to become what they want to be.