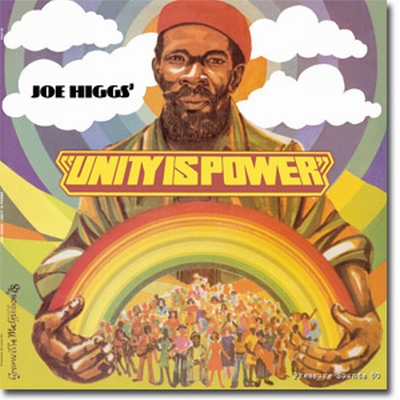 “Edward Seaga was my first manager. I always got paid.” Joe Higgs

A fine addition to the Pressure Sounds catalogue and one that stands alongside the classic ‘Life of Contradiction’ album, this album comes with superb sleeve-notes by Roger Steffens, who was a friend of Joe Higgs and spent much time reasoning with him. The CD comes with 2 bonus tracks.

Joe Higgs, one of reggae’s most influential forces, truly lived a life of contradiction – hence the title of his first album.

His road was as bumpity as a Jamaican back country trail, with dashed hopes and a sprinkling of triumphs, enough to earn him the sobriquet of ‘The Father of Reggae Music’ while living mostly in poverty Joe Higgs maintained a steady flow of top class releases. “I was born on June 3, 1940, same as Curtis Mayfield. My father was a fireman on a ship, he was a triplet, and his mother had 23 sons: three twins and two triplets among 23 kids – all boys! My father was the only one who stayed in Jamaica.” Joe Higgs.

When the nucleus of the Wailers formed, Joe said he was teaching them to wail. “I started to teach them to sing harmony, structuring and all those different things, basic principles of singing. Also how to utilize breath control, which is what we call technique and craft, how to try to preserve as much energy as you can. Sound consciousness. How to use and measure lyrics by virtue of syllables, how to adjust measurement, meter, timing. It took me years to teach Bob Marley what sound consciousness was about. ‘Unity is Power’ has all the classic characteristics of Joe Higgs best work. Top class playing, great songs and one of the best voices in reggae music.

It has often been said of Joe that he was ahead of time, which stifled him in terms of popular acceptance. He was aware of the criticism. “I like phrasing my voice like an instrument. I love jazz. People will always be ahead of people. Some walk, some run, some creep. I’m not concerned about success. Music is my teacher. But it’s not good to be ahead of time, because life is a progression.”

In 1979 Joe released his second album, ‘Unity is Power.’ Its cuts included love songs and an herbal observation, plus the standout title track and ‘Sons of Garvey,’ originally recorded as a duet with Jimmy Cliff on his Sunpower label. An all-star lineup joined him in March of 1978 at the Aquarius Studio in Kingston for his self-produced sessions, including Santa Davis on drums, Bagga Walker and Boris Gardner on bass, Cat Coore on guitar, Keith Sterling on all the keyboards, Cedric ‘Im Brooks on tenor sax and Joe himself on congas.

Unity Is Power has never before been available on CD and has been re-mastered with 2 bonus tracks.