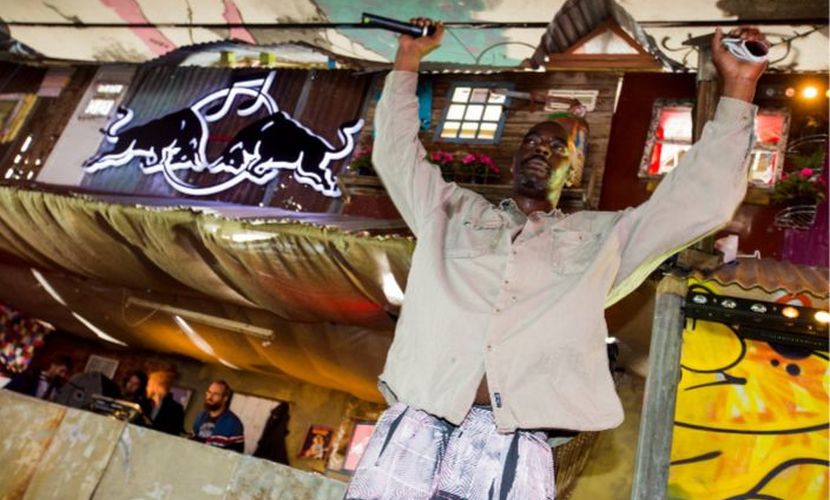 This is the new act following the acclaimed album by Kalbata & Mixmonster – Congo Beat The Drum.

Released in mid 2014, the album was recorded in Jamaica with the legends of Jamaican early dancehall. Mutabaruka, Major Mackerel, Echo Minott, Jah Thomas, Trinity and others were brought back into the studio to record this stepping, original album which came out on Freestyle Records

The unique live show sees Kalbata and Mixmonster using a 16 track mixer to mix the tracks again live and on the spot, using vintage analogue effects. Each show is unique and two never sound the same! The show is fronted by MC Clapper Priest, hailing from East London.

Clapper Priest collaborated with Kalbata several times as they released singles both on Soul Jazz Records and Tru Thoughts records. This live show is a tight, fierce display of original Jamaican music fused together with modern day bass music.

Their debut show was at Notting Carnival 2014 on the Red Bull stage, where they shared the stage with names such as Basement Jaxx, Protoje, Boy Better Know and Dre Skull.