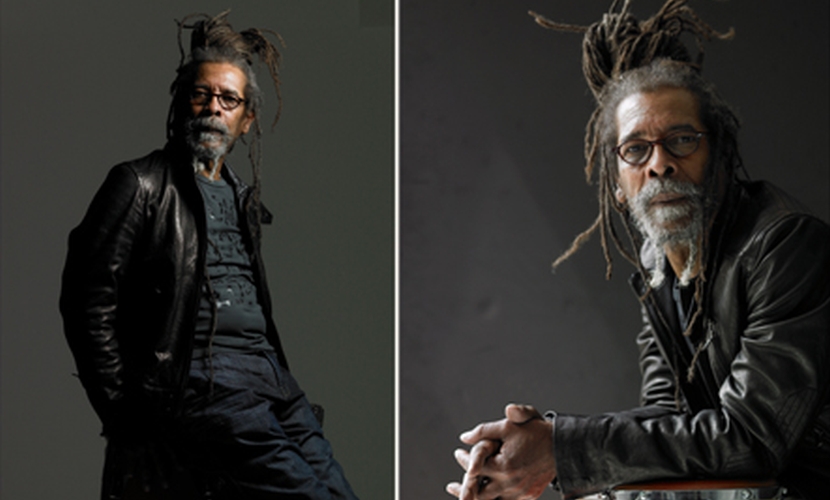 Drumquestra unites many of Larry’s longtime associates- a glittering Jamaica crew of master-drummers including; – Dollarman who features on lead-off track- ‘Head Over Heels’- a high energy, reggae pop song. Dollarman was the vocalist on Bob Sinclar’s smash hit – ‘Rock This Party’. Also present are dub poet Mutabaruka, anguishing on ‘Free Man’, Ras Tesfa on ‘Drum Say’; and veteran reggae legends Toots Hibbert who riffs vigorously on ‘Set The Children Free’, Stranger Cole who pairs with his sassy DJ son Squidly on the poignant ‘Crime or Music’ and Bob Andy who delivers elegant scatting on the historic tribute ‘You Got Jazz?’ MCPR DJ Shaza’s exuberance romps through the healing shout-out of ‘Brotherman’ and the more meditative ‘Peace of Mind’, on which he’s joined by the singer, J.D. Smoothe.

It’s also DJ Shaza’s words and fervour rocking the guaranteed dance floor filler ‘World Party’. It triumphantly distills McDonald’s own epic percussion explorations, starting with Jamaican mento and ska in the 1960s, and flowing through the exciting cross-currents of Africa, Brazil and Cuba that he knows as his own.

"I wanted to take elements from everywhere, because all drums from Cuba, Africa or Brazil are family” Larry explains. “I knew that rhythms from many places could work together and make a whole different texture. I wanted to take Jamaican rhythms I was familiar with, like kumina and rasta and weave them together into something old but new."

Drumquestra allowed McDonald to delve into his own roots, recording organically — in the Green Grotto caves at Runaway Bay on Jamaica’s North Coast. The mature super-grooves found on the album transcend boundaries without blurring them and fit onto decks and playlists from Boston to Brixton and Bali….

After moving to America in December 1973, McDonald hit the charts drumming behind pop star Jackie de Shannon on the album ‘Jackie’. He provided the pulse for revolutionary poet Gil Scott-Heron, and spread Afro-Caribbean music around the world. Always busy, McDonald has waited decades for the right time to step forward, solo.