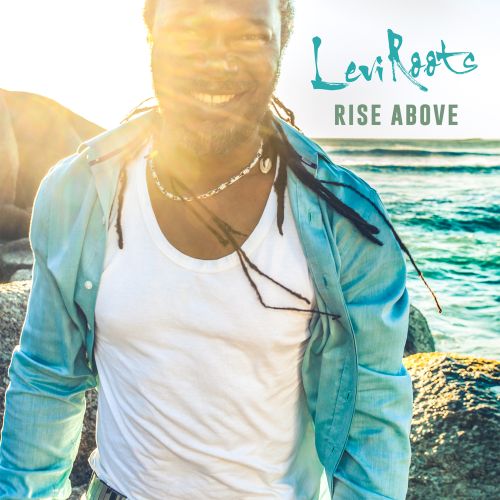 THE album for this summer!! This is no ordinary album release from an ordinary artist. Levi has a unique story which many already know, but he also has a rich pedigree in music which many don’t know about, and its this combination that gives him the ability and justification to record and release this exciting new project.

Charismatic Sauce-man and Entrepreneur, Levi Roots first shot to fame on BBC2’s Dragon’s Den in 2007, when defying the odds with his spirited Reggae Reggae Sauce song, he charmed dragons Peter Jones and Richard Farleigh into investment in his tangy homemade Reggae Reggae Sauce. With a speedy launch at Sainsbury’s only a few weeks later, the sauce flew off the shelves, outselling even Heinz Tomato Ketchup and it’s been a whirlwind ever since.

As well as his wide range of food, sauce and soft drinks products, Levi has released a 6 cookbooks and a business book. Levi’s sixth and most recent book, Grill it with Levi, is a collection of his BBQ recipes and was released by Ebury in May 2013. His other cookbooks include Sweet (July 2012), Spice It Up (July 2009), and 3 further top-selling cook books: The Reggae Reggae Cook Book, Caribbean Food Made Easy and Food with Friends. His business book, You Can Get It If You Really Want, was released in 2011. The Levi Roots Brand continues to blaze a trail while Levi’s warm and infectious ethos of Caribbean Sunshine continues to put music into food, and life everywhere across the nation.

What’s really interesting though, is that Levi was always a talented musician first and foremost, before the big lucky break on Dragons’ Den. Levi has always wanted to release commercially accessible reggae, and many don’t know that he was actually a MOBO nominated musician. Music and food have always been his passion, and now finally the album has come. And it’s no gimmick, this is the real deal. With the majority of the songs co-written and co-produced by Levi, as well as 3 fantastically different but well-known covers, this is an album of strength and depth, ranging from roots inspired reggae with beautifully crafted melodies, to a brilliant cover of the inimitably catchy “Don’t Worry Be Happy”! There is certainly something for everyone on this album. The first single “Jam In The Streets” is an infectious summer song that you can’t help singing along to! Quite simply, we invite you to listen for yourself…
Levi says:

For me the places, vibe and inspiration these songs are coming from are not like the stuff people will have heard from me on previous albums, singles or chatting on the microphone of Sir Coxsone international sound system where I started all those years ago. Nor are they anything like the Reggae Reggae sauce song!!

When I first started recording this album my feel and style of songwriting, production and performances on stage were largely inspired by my Rastafarian faith and the music of Burning Spear, Black Uhuru, Denis Brown, Sly & Robbie and Studio one among others; which our sound system Coxsone would be playing in the dances and nightclubs and I’d be rapping over the raw rhythm tracks.

There was, and still is, a secret love for the music that was coming from people like Elvis Costello, The Clash, Jimmy Hendrix, The Jam, Rolling Stones, and from other bands like The Red Hot Chili Peppers and Oasis. I suppose they were showing up in my personality, Beethoven, Chopin and Vivaldi were certainly there in me when I wrote and produced “Greedy Bug” (2000).

This album is an expression of who I am now…it also tells the truth about who I really was back then. The stuff I write about has changed a lot. My theme had always been the same: a journey to the roots of dub, word sound and power. Messages about my faith always dominated my contents.

Now a much better person than I was back then, with more to say about my life experiences also about my music and culture. I also believe I now write better melodies, as a songwriter composing a melody using a musical instrument helps to understand the rudiments, just as a musician does when penning words and melodies, which also help when it comes to production and actual recording. I wanted to merge my roots reggae music with my love for rock’n’roll, nyabingi and classical and to give the listener something they’d never have expected from me, but still staying true to the roots man gully banking style that I was known for.

To do this I knew it’d take lots of planning, writing lyrics, compiling songs and putting a specialist fourteen-piece live band together to arrange and rehearse the material. We also recorded it in Jamaica, the birthplace of reggae.
I know, lots of artists will always go for the old cliché when promoting new material: “It’s the best I’ve ever done” but if you have enjoyed my music in the past you can be the judge on that one. But for those of you who have come to this album fresh, this is the same person, only stronger wiser smarter…and these songs?… They ARE the best I’ve ever done!
More Love LR”

Listen to the Single here

Listen to the Album

‘Rise Above’ Album Launch will be on Wednesday 22nd July, at Jazz Cafe, Camden.
Limited General Tickets available from Ticketmaster.co.uk.