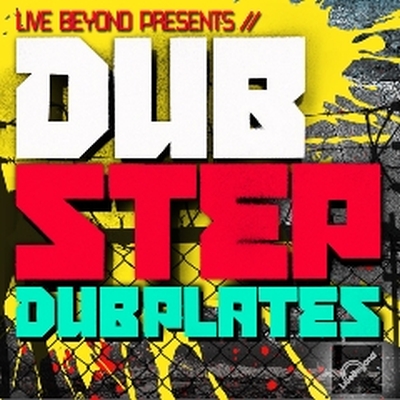 LIVE BEYOND promotes a modern fair wealth distribution system for its artists and is a market leader in developing and implementing creative, cost-effective, viral-based marketing campaigns. LIVE BEYOND is dedicated to creating a value proposition with our artists and fans. LIVE BEYOND – bringing fun back into music!

Launching the Live Beyond label on January will be the first release in our Dubplates compilation series, Live Beyond presents Dubstep Dubplates Volume 1, a compendium of breaking, new, exclusive tracks from the most cutting edge electronic music scene in the UK. The Dubplates series of albums focuses on UK urban street styles, with the aim of showcasing fresh and established underground artists to a global audience via downloads, CD’s, vinyl, podcasts and events.

Dubstep Dubplates Volume 1 is compiled by DJ Seven. Identified as the most technically adept DJ on the scene he recently reproduced his awesome mix-mash live skills on a podcast for Rinse FM which resulted in over 100,000 downloads

Dubstep Dubplates brings together 10 new and previously unreleased tracks as a digital bundle and a bonus DJ mix from DJ Seven including scene leaders such as Skream, Benga, Benny Page and Crushington. A vinyl version is also being planned for Japanese release.

Dubstep, the streetwise electronic music genre that fuses basslines, shuffle and break beats, sample clips and dub sounds to create an intense musical soundscape has spread like wildfire in the last few years following a slow burning introduction over the last decade.

Dubstep Dubplates Vol 1: Compiled & Mixed by DJ Seven is out on Live Beyond on February 14th 2011.