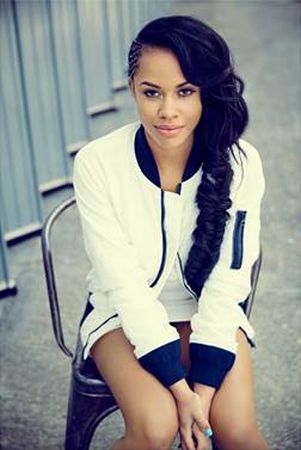 Pop starlet and MOBO Award nominee Melissa Steel is back with her brand new single ‘You Love Me?’ featuring Wretch 32. The track will be released on 28 August via Atlantic Records.

Along with guest vocals from London based Wretch 32, who adds his own slick rhymes, the Rodney ‘Darkchild’ Jerkins (Michael Jackson, Beyoncé, Sam Smith) produced upbeat tune tells a story of the fear of professing your love for another.

“I’m so excited to be back!” says Steel, the latest member of the Disturbing London family (home to Tinie Tempah and Jessie J). “I feel honoured to have been given the opportunity to work with the R&B legend Rodney Jerkins. I grew up listening to the hits he’s produced over the years, many of which inspired me to become a singer. I absolutely love the track that we’ve created together with Sam Romans and can’t wait to perform it throughout the summer.”

Last year was an exciting introduction to Melissa Steel including her debut single ‘Kisses For Breakfast’ shooting straight into the Top 10 in the UK Official Chart and hit collaborations with the likes of Kove (‘Way We Are’), Blonde (‘I Loved You’) and Krishane (‘Drunk & Incapable’) all of which have combined YouTube and Soundcloud views and plays of around 40 million. Furthermore, she rounded off the year with a MOBO Award nomination for Best Newcomer, was shortlisted for MTV’s Brand New for 2015 and more recently, helped Krishane support Ariana Grande on the UK leg of ‘The Honeymoon’ tour.

Pre-order ‘You Love Me?’

BRAND NEW SINGLE ‘YOU LOVE ME?’ FT. WRETCH 32 OUT 28 AUGUST VIA ATLANTIC RECORDS

Listen to the single