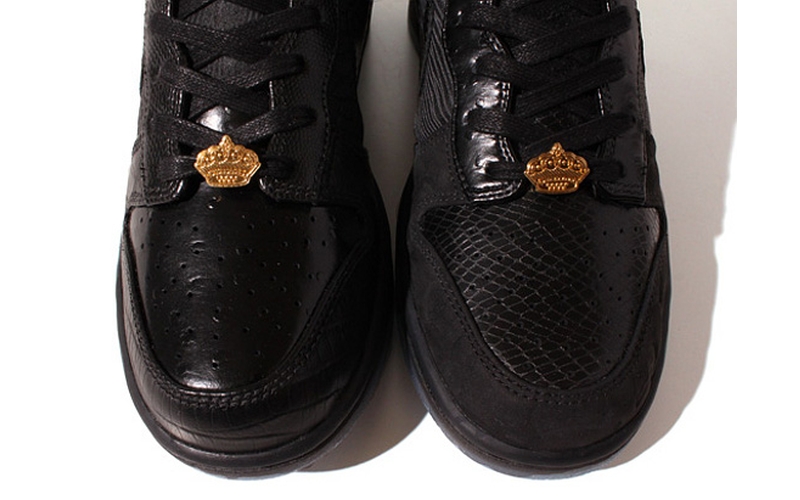 Mighty Crown Raises the Bar and celebrates 20th Anniversary in the business with New Nike Sneakers.

Mighty Crown ‘The Far East Rulers’ have sealed their third sneaker deal with Nike Sportswear. The sneaker pak, released in honor of Mighty Crown’s 20th Anniversary in the business, was the hottest possible way for ‘The Far East Rulers’ to culminate their year long celebrations. Consisting of the Nike Dunk High Premium and Nike Sky Force 88 Low, impressively, the sneaker pak marks Mighty Crown’s fourth and fifth Nike sneakers to date. Notably, Mighty Crown is the only sound system in the world to get a Nike sneaker deal. Over the years, the name Mighty Crown has become synonymous with Reggae/Dancehall music and culture Globally and as expected the sound continues to make an indelible and unprecedented impact on the Reggae/Dancehall and Sound System industries.

The new limited edition sneakers come in clean colors, yet with lots of special materials, applications and details on the upper. Both the sleek all black Nike Dunk High Premium and the silver Nike Sky Force 88 Low sneakers are customized with the infamous Mighty Crown logo through out and the Mighty Crown name uniquely engraved in the sole. But what makes these sneakers really blaze is a collage of all of Mighty Crown’s sound clash trophies on the shoes’ insoles — truly a testament of Mighty Crown’s achievements.