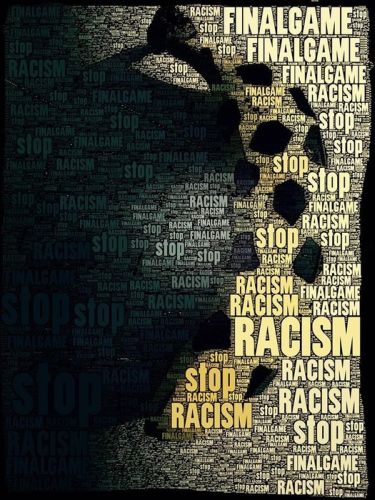 A new music video featuring an impressive line-up of celebrities hits YouTube this week, hoping to go viral in the hope of stopping racism around the world. Created by FMS Media, in association with Artists for Peace, The Final Game is the first in a series of Stop Racism campaign music videos, aiming to change global perceptions.

The music video features vocals from Devon T, Rina Cervantes and Kantana, the latter who has worked with dancehall sensation Beenie Man. Also appearing in the tongue-in-cheek video is US actor Ken Davitian who is well known for big screen roles in Borat, The Artist and Meet The Spartans. Artists from a range of different backgrounds and nationalities have come together in the making of The Final Game to highlight intolerance and racism around the world.

The Final Game tells a story through “the beautiful game” of football, highlighting serious issues with comedy acting. The concept was created last year when a footballer was racially abused by a member of the crowd who threw a banana at him. Barcelona defender Dani Alves reacted by picking up the banana and eating it, and a global anti-racism campaign quickly followed.

However, racism isn’t confined to Europe or the sport of football – racial intolerance seems to be increasing all over the globe and FMS Media is on a mission to stop it in its tracks.

The co-founder of FMS Media said, “The aim of The Final Game isn’t to give anyone a lesson – it’s a humorous way of making people think twice about their racist thoughts, which are becoming more acceptable in society. We need to say No to racism and violence, and Yes to freedom of speech and peace.

“We want to create a new social business model in the music industry, with social consciousness and serious issues at the heart of music videos. If The Final Game hits millions of views, we will be able to fundraise for the cause and continues this Stop Racism series of videos.”

Towards the end of the four-minute music video, various singers and celebrities give their messages of peace and anti-racism. Stevie Wonder and Chaka Khan make an appearance, along with other singers from around the world and Flora Martirosian, founder of Artists for Peace. The Final Game is dedicated to the memory of Flora, as she shared the same vision as FMS Media of uniting people with music and using it to promote change.

To watch The Final Game

FMS Media is a creative agency providing marketing and consultancy services to international businesses. In 2012, after the death of the founder of Artists for Peace FMS Media took over the heritage of the brand. They have created The Final Game music video in partnership with Artists for Peace and aim to create a series of videos in its stop racism campaign.
To find out more about FMS Media, click here

To find out more about Artists for Peace, click here