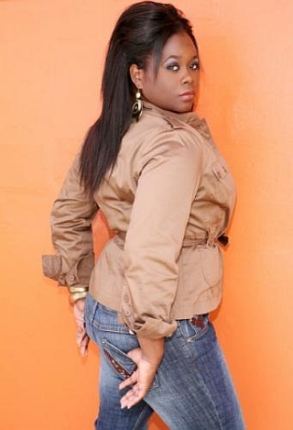 Well who would’ve thought! Nadia Batson, Raymond Ramnarine and the Dil-E-Nadan crew are dishing out something that’s guaranteed to send party lovers wild ahead of Carnival 2012.

This, even as T&T’s soca sweetheart is putting the final touches on preparations for the launch of her all-female soca band on November 9th. A promo for the band, which will be known as SASS, will go viral today and is expected to create a bit of a stir ahead of launch date but even with that happening, Batson’s indisputably strong work ethic keeps her focused on this latest release alongside the Dil-E-Nadan band.

The sweetness of the spanking new single they’re calling Hard Pong, lies in its melody but with lyrics to match the track’s melodious output, the song which was produced by Shaft Vibes Entertainment and recorded at Backyard studios, will, by all indications be placed on heavy rotation in the weeks ahead. Much like the promo video for the new band, Hard Pong has also gone viral, hitting social networking sites, Facebook and Twitter on October 20.

Many are speculating that Batson will have a very successful 2012 season as her name seems to be popping up everywhere, even on television, where she forms part of Synergy TV’s Soca Star 7 judging panel. Additionally, her collaboration with U.S. based soca artiste Lyrikal on a track called Whey Yuh Want has been making the rounds and there’s also word that she’s got a single on the Antilles riddim alongside Machel Montano, Kerwin Dubois and others that’s guaranteed to make the ladies move.

Nadia Batson’s journey in entertainment region-wide has certainly made her one of the most respected female singer/songwriters in the hemisphere. Her attitude is that of a go-getter and for that reason she assures fans and supporters of music in general that 2012 will only be the beginning of Soca’s list of greatest accomplishments- this as she seeks to offer something truly dynamic and revolutionary.

‘This is only just kicking off. I have so much to deliver to the people and I’m so excited to do that,’ she said enthusiastically. Her new lease on life these days is owed primarily to the joy she foresees in being able to truly please the people of T&T, the region and internationally – the way she feels they deserve to be pleased-with great music, spectacular showmanship and lyrical appeal that goes beyond the ordinary.

A look of what’s to come from the ladies of SASS can be viewed on Facebook, Twitter and certainly YouTube.
November 9th however promises to be a date everyone will be talking about for months thereafter.