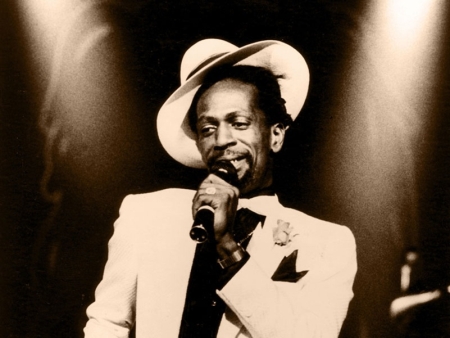 One of the most prolific reggae artists of his era gets the remix treatment courtesy of leading UK dancehall/reggae label Necessary Mayhem on a brand new album release; Gregory Isaacs: Remixed, released 15 April 2013.

Self-professed as one of its most important releases of 2013, Necessary Mayhem enlists legendary record producer Curtis Lynch to produce the album which has taken ten of the very best tracks from the Gregory Isaacs and Gussie Clarke catalogue (1984-1999) for this remix release. Tracks selected from Isaac’s unforgettable albums of the late 20th century, include ‘Judge Not’, ‘Private Beach Party’, ‘Red Rose For Gregory’, ‘I.O.U’ and ‘Absent All.

Gregory Isaacs, who passed away in 2010, was hailed ‘the most exquisite vocalist in reggae’ by the New York Times. In the 1980’s Isaacs was signed to Island Records and released his best known track ‘Night Nurse’ which took the clubs by storm in the UK and US. Over his lifetime he released numerous albums and was nominated for four Grammy awards.