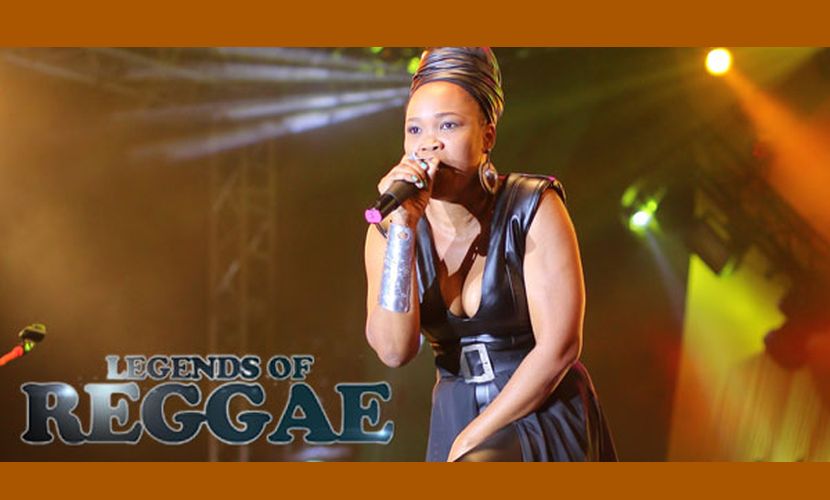 Prophetess, Lioness and Songstress Queen Ifrica at Legends of Reggae.

One of the legends on the night will be Queen Ifrica she is the epitome of Reggae music. Many of her songs are a mixture of debate, inspiration and empowerment to men, women, young and old. Her powerful vocals have been the feature to hits such as Lioness on the Rise, Keep it to Youself and Times like these.

Several of Queen Ifrica’s notable recordings include Randy and Boxers and Stockings. She is an active participant in several community outreach activities, including her work on the Committee for Community in the heart of Kingston’s inner-city.

Queen Ifrica also known as Fyuh Muma teamed with Tony Rebel and others in the United Nations’ celebration of the Year of the Volunteers.

Wassifa, Rankin, DJ Country Man and Warren Tone will be the DJ’s on the night playing the best in Reggae classics with G Man as the compère for the night.