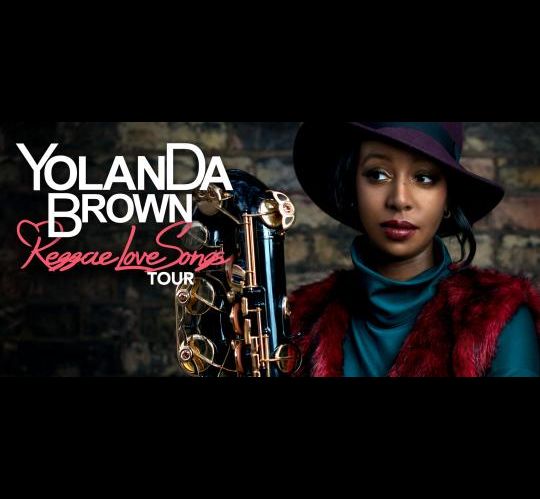 YolanDa Brown, double MOBO award-winning saxophonist and one of the UK’s most exciting and sought after live performers, is embarking on her Biggest Nationwide Tour in 2016.

Wowing audiences across the country, from London and Cardiff to Manchester and Glasgow, the Reggae Love Songs tour will be an infectious journey of Reggae rhythms from the Caribbean, peppered with supreme Jazz flavoured inflections and sensibilities. Throughout the tour, YolanDa Brown will be joined by special guest performers including Lemar, Omar, Mica Paris, The Nosiette’s Shingai Shoniwa and loads more to be announced.

Widely regarded as the premier female saxophonist in the UK, YolanDa Brown has spent several years on the jazz circuit and the wider world stage both as a soloist in her own right and touring with some of the globe’s biggest names in music. YolanDa has performed with the likes of The Temptations, Errol Brown, Courtney Pine and Diana Krall and collaborated with artists such as Mica Paris, Reggae Legend Bob Marley’s son – Julian Marley, Soweto Kinch, Omar and as part of Jools Holland’s Rhythm & Blues Orchestra.

Describing herself as ‘making music for everyone,’ YolanDa has a broad appeal to audiences of all tastes, ages and backgrounds. Her debut album, April Showers May Flowers went to No1 in the UK Amazon and iTunes Jazz Charts. With a distinctive style all of her own that is influenced by a number of genres, from jazz to reggae and soul, YolanDa is now drawing from her Jamaican roots for this exciting new tour, where she will be playing material from her new album due for release in early 2016.