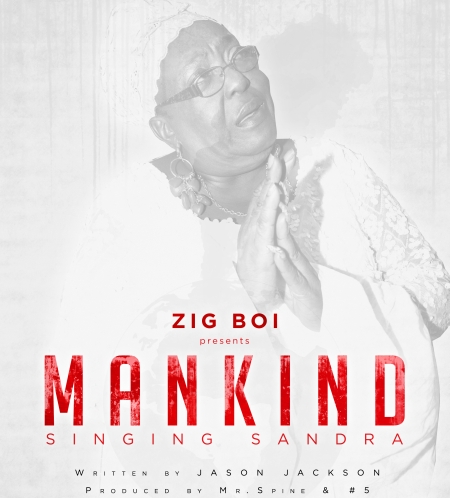 The year 2014 has been dubbed the year of evolution for one of Trinidad and Tobago’s foremost calypsonians- a woman who has stood firmly for the people, annually delivering strong messages and showing heart each time she makes her presentations to the world. Sandra De Vignes- Millington, best known by her stage name, Singing Sandra, is preparing to unleash a musical monster in the calypso arena, a song both she and her producers believe will bring her closer than ever to the coveted Calypso Monarch crown.

This year, Singing Sandra celebrates a milestone in the business. She will commemorate her 30-year anniversary in calypso with the presentation of a song entitled, ‘Mankind’. The East Dry River, Port-of-Spain native will likely woo audiences from Trinidad and Tobago during carnival, to nations across the Caribbean and the world thereafter, when she performs this powerful song.

‘Mankind’ has seen Sandra lean on young producers, Shawn ‘Spine’ Stewart and Ato ‘Five’ Williams, who aptly demonstrated their ability, delivering to the veteran artiste, a musical masterpiece that she is proud to share with the people of T&T and by extension, the world. ‘Mankind’, written by Jason Jackson, speaks of society’s ills and much like Sandra’s many hard-hitting renditions of the past, hears her reach deep within herself to exude and deliver a piece of her heart in every word sung. “The composition will make you think and the music will make you dance,” said the woman many refer to as mother. For Singing Sandra, this is yet another humble effort to open the eyes of the people. As a strong advocate for the youth of T&T, Sandra’s voice through music, personifies her beliefs and with that voice, she shares knowledge and wisdom, hoping to reach and touch those in need of inspiration.

Having won the Calypso Monarch title on two previous occasions- the only female calypsonian to have ever accomplished this feat, Singing Sandra and her team are optimistic in 2014. Their confidence is heard in the production and the vocal execution of every lyric of this powerful composition. And at a time when her homeland of Trinidad and Tobago is besieged by criminal disturbances, Sandra and the musicians who stand beside her this year, are hopeful that the words of ‘Mankind’ will bring a desire to create change among those who know that change is needed in their lives.

Singing Sandra will stand erect beside many of the industry’s leading male calypsonians in the days ahead. Her great hope is that at the end of each rendition of the song, the power of the lyrics brings hope for the world that we all share.