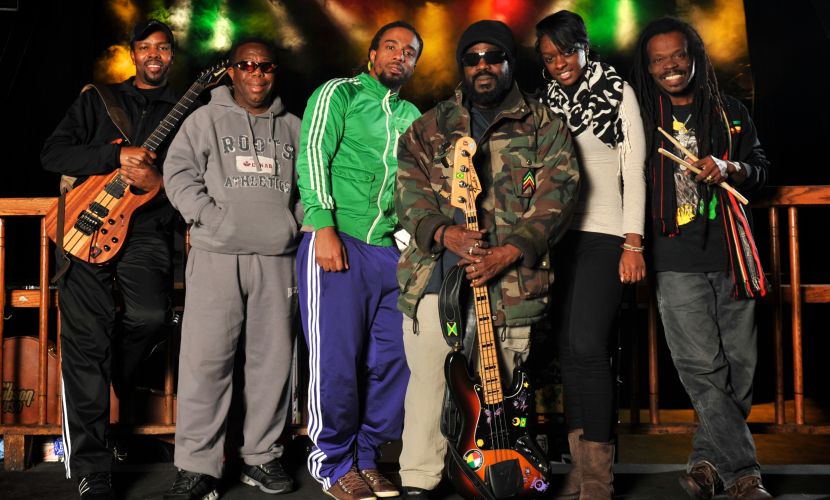 The Wailers Performing the album Legend in its entirety this November

Following the success of their sell out UK tour last year legendary reggae artists, The Wailers are back to mark their highly celebrated and anticipated Legend tour. The band will be performing the iconic album live on stage in its entirety featuring the classic chart- topping tracks "Three Little Birds," "I Shot The Sheriff," "Jamming" and many more.

Formed in 1969 together with Bob Marley, The Wailers have sold in excess of 250 million albums worldwide. In England alone, they’ve notched up over twenty chart hits, including seven Top 10 entries. Outside of their ground-breaking work with Marley, The Wailers have also played with international acts like Sting, the Fugees, Stevie Wonder and Carlos Santana, as well as reggae legends such as Peter Tosh, Bunny Wailer, and Burning Spear. As the greatest living exponents of Jamaica’s reggae tradition, The Wailers have performed to an estimated 24 million people across the globe.

Legend (released 30 years ago) was the twelfth album released by Bob Marley and The Wailers and the second posthumous one. Named by Time Magazine as the “Best Album of the 20th Century” and #46 on Rolling Stone Magazine’s 500 Greatest Albums of All Time. It is the best-selling reggae album, with over 25 million copies sold globally.

The nucleus of The Wailers was formed in 1969, when Bob Marley, Bunny Wailer, and Peter Tosh recruited the Barrett brothers – bassist Aston “Family Man” and drummer Carly – from Lee Perry’s Upsetters – to play on hits such as "Lively Up Yourself," "Trenchtown Rock," "Duppy Conqueror," among others. Continuing on their worldwide promotion of peace, love and equality through the power of reggae and Rastafari the group have been able to sustain their rare longevity pushing to the forefront of reggae music. Reaching an international audience, this is the line-up that pioneered roots rock reggae. Now well into their fifth decade, The Wailers are still one of the most renowned bands in the music world, and quite possibly the most important reggae band out there.

"Our music is the magic, the oxygen of the people. It’s the message of roots, culture and reality, meant to spread peace and love to all," says Family Man. Fresh from their iconic performance at Glastonbury this summer the group are excited to take their show back on the road. With a huge show at one of the the UK’s leading festivals, V Festival this month headlining on 16th and 17th August they are set to spread the positive vibes.

The forthcoming tour will see them perform at seven impressive venues around the UK starting at Glasgow 02 ABC then regionally in Leeds, Manchester, Bristol, Birmingham, Oxford and ending in London at Indigo2.

"“This was strictly roots reggae of a predictable but special pedigree" The Guardian, The Wailers Glastonbury 2014.