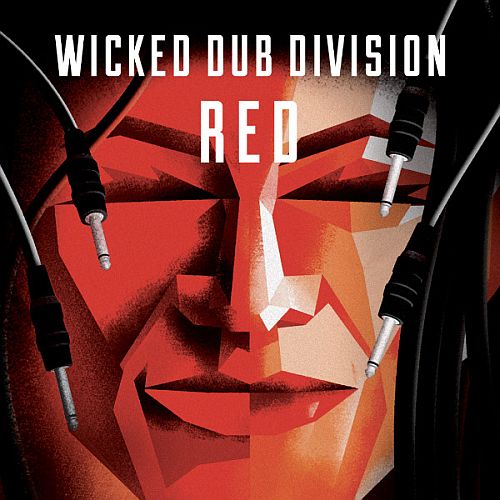 Wicked Dub Division and Michela Grena present ‘Red’, the second self-produced album by the quartet from Friuli featuring 10 previously unreleased tracks. Ranging from Roots to UK Steppers, on a mission to bring back the usually digital sounds so synonymous with sound-system culture. Continuing the path started with ‘Dub Drops’, this album is a tribute to the traditional, especially in its rhythmic component, with one eye constantly looking to the present as well as the future.

‘Red’ is both the title track and the key concept for the whole album, featuring special guest appearance by Jules I from Fruili’s Mellow Mood. Plus crucial contributions from members of the North East Ska*Jazz Orchestra, whose incisive woodwind chords define the sound of many of the album’s tracks. The sleeve illustration and graphic design are the work of another fellow countryman, the artist Tommaso Vidus Rosin.

Singer and songwriter Michela Grena describes this work as “an anthem to the strength of this colour that is in the earth, in our hearts, in blood but also in the wars and devastation that unfortunately still make this fragile world a slave to bullying and violence. Broken hearts but especially beating hearts, dancing inna dubwise style”.

After a year packed with shows across Italy and beyond, the band also won Amnesty International Italy’s 2016 critics’ prize in the contest “Voices for Freedom” with the song ‘New Slavery’. This February Michela Grena was invited to the Guadalajara HeartBeat Festival (Mexico) as vocalist for Zion Train. Currently, Wicked Dub Division are about to start the ‘Red 2016 Tour’.

The album is now available in digital format on all platforms with physical CDs on sale at the band’s live shows.