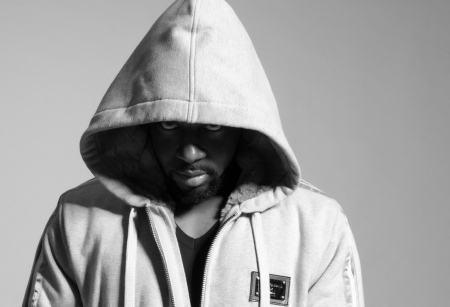 “Hip-hop is the foundation of what I do,” says Wyclef Jean, a man whose musical interests extend across virtually all genres – from hardcore rap to acoustic folk, from rock & roll to seething, rhythmic pop. “In high school I lived a double life. I was a jazz major, but if you talked to my friends in the street, they’d say, ‘Well, he was just a battle MC.’ And the hip-hop side of me is Toussaint.”

Toussaint St. Jean, the title character of Wyclef’s new EP, is a persona suggested to Wyclef by his friend and collaborator T.I. Toussaint is loosely based on the 18th-century Haitian revolutionary hero, Toussaint L’Ouverture, a figure who brought Haiti to significance on the international stage. The Haitian revolution liberated the people of Wyclef’s homeland from slavery and European oppression, and sent shockwaves of freedom throughout the Caribbean and the wider world.

For Wyclef, then, Toussaint is the very symbol of a man who will not tolerate disrespect, who will stand for nothing less than the right to live exactly as he chooses. Inhabiting the role of Toussaint on these songs, Wyclef recreates himself in the spirit of a noble fighter, a man who says exactly what is on his mind. Toussaint’s rhymes hit hard, in a ‘militant style,’ and make his words felt – and remembered.

The track ‘Warriorz’announced the birth of Toussaint St. Jean. “When I put ‘Warriorz’ out on the Internet, kids were like, ‘Yo! We didn’t know Clef rapped. We thought this guy was a singer,'” Wyclef says, laughing. “The question is how do you morph from generation to generation? For people who know I rapped, this is a rebirth. For the kids, though, I’m like a brand-new guy. That’s how the Toussaint character was created. He’s Wyclef’s alter-ego.”

It’s hard to imagine an artist with as many aspects as Wyclef having yet another side. Yet, Toussaint is an expression of the “rap music that’s built inside of my DNA,” Wyclef explains. “I’m not trying to be the best rapper in the world. That’s not what this is about. But there’s a certain amount of information that this generation has to get, and hip-hop plays a very important role in that – not just in America, but in every country.”

And so what is the difference between Wyclef and Toussaint? “Toussaint is more direct,” Wyclef says. “He ain’t going to sugarcoat nothing. Whatever he’s thinking, he’s going to tell you. It’s like, I’ve still got this machete – my tongue is sharper than it’s ever been.” To help create suitable musical settings for the grisly tales Toussaint has to tell, Wyclef turned to DJ Drama, who has worked extensively with T.I. “I asked myself, ‘Who’s the toughest guy out there?'” Wyclef says.”Then I said, well, DJ Drama is pretty badass. So I called him and asked if he’d be interested in doing a mixtape. He heard what I was up to and he said, ‘We gotta do a book – this is a novel!’ He got excited, and it became more like an EP than a mixtape.”

The track that best captures the feelings that motivate ‘Toussaint St. Jean’ is the intensely dramatic ‘The Streets Pronounce Me Dead,’ a chronicle of Wyclef witnessing his own metaphoric funeral. It’s a commentary on Wyclef’s sense of himself as a forgotten man on the hip-hop scene, despite the groundbreaking impact of his former group, the Fugees, whose 1996 album ‘The Score’ is the best-selling hip-hop album of all time, with sales of nearly twenty million copies worldwide. The song cites the flood of younger rappers – Akon, Lil Jon, Kanye West, among them — who have risen up as Wyclef has gone onto prominence as a solo artist and producer for the likes of Shakira, Mick Jagger, Bono and John Legend.

Tracks like ‘Warriorz,’ ‘Letter From the Penn’ and ‘Toussaint vs. Bishop’ paint riveting pictures, “hood stories,” as Wyclef describes them, of street life and its consequences. The gripping storytelling in those songs recalls the raw environments in Haiti and Brooklyn from which Wyclef emerged – “from the hut to the projects to the mansion,” as he memorably puts it in ‘Slumdog Millionaire.’ It’s a story arc that these songs make compelling.

Wyclef views the message of ‘Toussaint St. Jean’ as “not everything that appears bad is really bad, because the real bad men move in silence. So be careful what you emulate, because it’s could get you six feet deep. If you don’t see me with a gun, it doesn’t mean that the guy with the gun is badder than me. I’ve been in those communities, but you’ve got to rise past that world.”

And, as always with Wyclef, there’s more to the story than meets the eye. ‘Toussaint St. Jean’ represents just the first step on the road to an album he intends to release early in 2010 titled simply ‘wyclefjean.’ The album will reflect a three-dimensional portrait of an artist for whom the gritty sagas of Toussaint St. Jean are just one part. “That will be epiphany music, ” Wyclef says of the album. “It’s the first time I’ve really stepped out of myself; I feel as if I was a hermit before this. I credit my four-year-old daughter for a lot of it, seeing her sing to the music she hears. Every record I do, I want her to be able to sing to it. ” In that sense, both ‘Toussaint St. Jean’ and ‘wyclefjean’ are stages on a lifelong journey. “I feel that the world has not yet heard a Wyclef Jean album,” Wyclef concludes. “People are always asking me if I’m the ‘same guy’ who did something else that I did, because I’m so eclectic. But I’m an artist. At this point I don’t care about hitting the Top 40. I’m a fan of Bob Dylan, Peter Tosh, Johnny Cash, Sting and Miles Davis – all of it. In the past I was trying to find my space on the shelf, find where I fit in. Now I know that all my music lives in the Clef Zone!”

The EP From The Hut, To The Projects, To The Mansion is now available in the UK at www.amazon.co.uk and on Itunes

In this EP Wyclef fuses many genres-especially world and hip-hop–to create a satisfying urban mix as presented by the artist’s persona Toussaint, a character loosely based on the Haitian revolutionary Toussaint L’Ouverture who, basically, brought the country out of obscurity in the 18th Century.