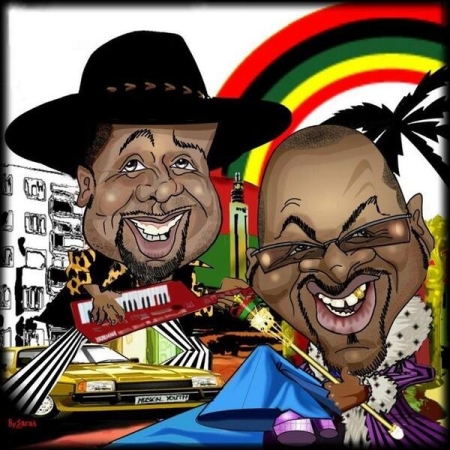 Thirty years after they stormed charts around the world with Pass The Dutchie, Musical Youth are working on a new album to show that reggae still rules. ‘Pass the Dutchie’ went as far as gaining a Grammy nomination and reached the Billboard 100 topping out at number 10 in the US chart, becoming reggae music’s first top 10 hit in that country.

The Birmingham band featuring original member Michael Grant and Dennis Seaton plans to release When Reggae Was King, a collection of classic covers, this summer.

Tracks include Musical Youth’s versions of Jimmy Cliff’s The Harder They Come, Bob Marley’s I Shot The Sheriff and John Holt’s I’d Love You To Want Me. Then there are covers of UK reggae favourites including Beshara’s Men Cry Too, Aswad’s African Children and Matumbi’s After Tonight. The 12-track record concludes with a bonus new Musical Youth song, Father, co-written by Seaton.

The album is a selection of songs from the years 1972 to 1982. In the first half of the decade Jamaican reggae came to Britain and in the second half British acts took reggae back to Jamaica and we have tried to reflect both elements on the record.

‘When Reggae Was King’ is a collection of reggae songs, which inspired their generation and is also a celebration of reggae music throughout the world.