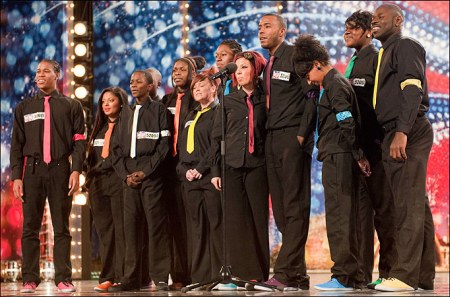 Myztikal was founded as a street dance group 7 years ago by experienced choreographer and dancer, Marcus Donaldson. Myztikal have gone on to win some of the most prestigious dance competitions both nationally and internationally including coming seventh place in the World Hip Hop Championships held in Las Vegas last year.

Most recently, Myztikal have added a unique twist to enhance their act by incorporating vocals into their high energy routines as seen on their performances on ITV’s Britain’s got Talent. They call it Vocal Street Dance.

These performances earned over 2 million hits on You Tube within short space of time and Mytikal have a growing fan base of over 10,000 people. Before and after the show, Myztikal have been in high demand and have been billed to perform at numerous events including Night clubs, festivals and Weddings.

Quotes
Simon Cowell: “My favourite act of the night”

Amanda Holden: “what made them stand out was that they had singing”