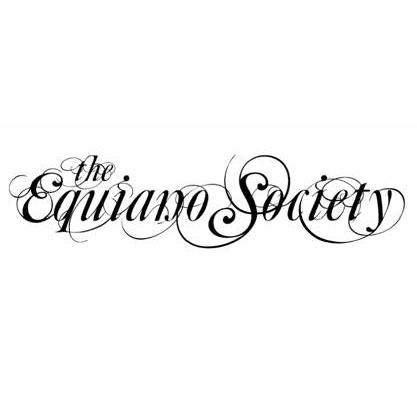 Publicising and celebrating the life and work of Olaudah Equiano.

The Equiano Society was formed in London in November 1996. Its main objective is to publicise and celebrate the life and work of Olaudah Equiano. The society consists of a group of individuals who share information with people in the community about a former Slave who deserves national and international recognition for his achievements. The society celebrates and publicise the achievements of Equiano’s contemporaries: Ignatius Sancho, Phillis Wheatley, Ottobah Cugoano, and others who made outstanding contributions to the African literary heritage.

The Equiano Society is not a debating society, nor does it ask its supporters to become formal members or pay a membership fee. Instead, it organises events in the community to which all are welcome. In recent years it has organised some very successful events including a ‘community conference’ with the title Olaudah Equiano in Camden, and an evening of readings and music called: Ignatius Sancho: a Celebration.

A touring exhibition on the life and times of former slave, writer and abolitionist Olaudah Equiano has arrived on the Caribbean island of Montserrat, where it will be on display at the National Trust until the end of 2008.

Montserrat is the first overseas destination to host the exhibition, administered by The Equiano Society. Its presence in Montserrat is significant as this was the place where Equiano negotiated his freedom from slavery. The exhibition opened at the Birmingham Museum and Art Gallery in September 2007 and toured the UK before arriving in the Caribbean.

Olaudah Equiano (1745-1797) was one of the most prominent African voices in the debate over the abolition of the slave trade. As a child, Equiano was kidnapped and sold into domestic slavery, eventually coming under the ownership of a naval captain who sent him to England to be educated. He was later brought to Montserrat where he was again sold, until he attained enough money (forty pounds) to buy his freedom from the King.

Equiano’s experience of slavery on the island was described in his best-selling narrative, published in 1789. His story significantly informed the anti-slavery activities of well-known abolitionists Thomas Clarkson and William Wilberforce and Religious leaders such as John Wesley. Equiano died ten years before the British Parliamentary Act abolished the slave trade, having made significant contributions to abolition.

The Montserrat National Trust has expressed its pride in honouring Equiano, one of the island’s most outstanding residents, who became a successful writer and businessman despite racism, human rights abuses and other injustices. It believes that Equiano deserves to be presented as a powerful role model to present and future generations of Montserratians.

The National Trust is also most grateful to Montserratian Dr Clarice Barnes, who was instrumental in bringing the exhibit to Montserrat and worked tirelessly to get it mounted at the Trust.

In turn, Arthur Torrington of The Equiano Society has said that Montserrat is the rightful base for this exhibition in the Caribbean so visitors can view it in the place Equiano lived and bought his freedom.

For further information on visiting the exhibition at the Montserrat National Trust, see www.montserratnationaltrust.ms .