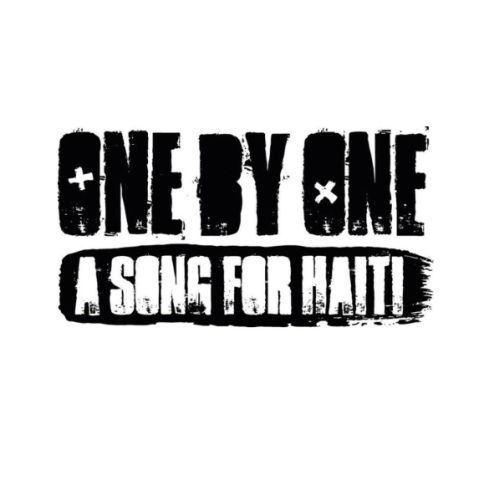 One by One We Can Continue To Make A Difference

On 11th January 2012, charity initiative, One by One a Song for Haiti will mark the second anniversary of the 7.0 magnitude earthquake upon the island of Haiti, with a fundraising Album Launch and Showcase. Its devastation left hundreds of thousands of inhabitants homeless and without hope.

Two years on, Singer/Songwriter, Fola (Folasade Phillip) continues her tireless work to raise the consciousness about a forgotten people, who are very much still in need of assistance. One by One a Song for Haiti aims to raise funds to continue its work for the children of Haiti, in order to provide adequate schooling and associated required necessities. The charity album (All for One), which is supported by UHUK (United Haitians in the United Kingdom), was recorded by a whole host of talented, award-winning musicians, singers and spoken word artists such as Cleveland Watkiss, Kele Le Roc, Kevin Mark Trail,
Kat Francois, Marcia Escoffery and FLOetic Lara to name a select few.

Having already walked the entire length and breadth of the London Underground network (Walk The Line For Haiti (Sept/Oct 2010) to fundraise, as well as a London to Brighton two day walkathon (November 2011), Fola is no stranger to going the extra mile for the charitable initiative which she set up following a chance meeting with a baby girl named Landina, who suffered severe injuries to her head and body as a result of the Haitian
earthquake.

" In this media age, I’ve encountered many images of anguish felt by victims of natural disasters, and like many others I’ve donated money in the past to such causes, but this was the first time I felt so moved that I absolutely had to do something more. Meeting a beautiful baby girl named Landina, whose resilience and amazing smile in the face of horrific injuries, solidified my desire to be a small part in contributing to bettering the lives of the children of Haiti."

The album, UK Artist Collective presents: All for One, is a hybrid of heartfelt creativity combining both poets and singers and is set to be released in January 2011 and features critically acclaimed and award winning artists such as Cleveland Watkiss, Kele Le Roc, Kevin Mark Trail, Kat Francois, Marcia Escoffery and FLOetic Lara as well as young students from the Hackney Free Secondary Parochial School and more.