Home > UK > Carnival UK > The Other Side of Carnival 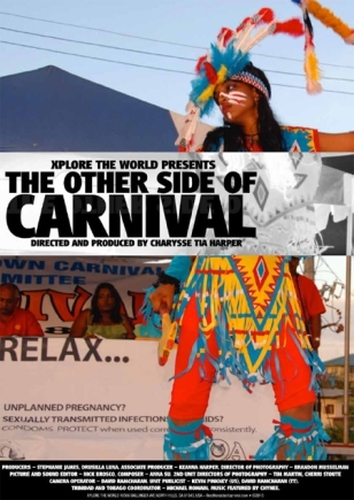 The Other Side Of Carnival Documentary

The Other Side of Carnival is documentary that offers a brief history of Trinidad & Tobago’s Carnival in order to see how the event impacts the current social and economic conditions in the country.

People go to the Caribbean for a variety of reasons: relaxation, the crystal-clear waters, the music and of course, the women. What better time to experience all of that and more than during Carnival? Trinidad & Tobago’s Carnival is known by the locals as being ‘The Greatest Show on Earth.’ With thousands of visitors coming to the island each year for the celebration, the big question is why is this event so popular? A documentary aims to answer that question and more.

The Other Side of Carnival is documentary that offers a brief history of Trinidad & Tobago’s Carnival in order to see how the event impacts the current social and economic conditions in the country. Filmed over the course of two years, the 45-minute project was completed in January 2010 by first-time filmmakers.

The director, Charysse Tia Harper, is of Trinidad heritage. Her mother is from San Juan and her father is from New Grant. She was born and raised in southern California. She studied Cinema-Television Productions and Broadcast Journalism at the University of Southern California in Los Angeles before going to London, United Kingdom, to earn her MA in Management & Leadership.

“My main reason for doing this is to highlight my ethnicity; my culture,” Harper said. “I was so tired of people either not hearing of Trinidad & Tobago or thinking that the country is in Africa! I just needed to find a hook to catch [the audiences’] interest.”

The ‘hook’ worked on gathering a tri-country crew from the United States, United Kingdom and Trinidad & Tobago. Harper, along with her UK producer, Stephanie James did the legwork on gathering funds and information in London. The US producer, Drusilla Luna Bouraima, did the same in Los Angeles. Brandon Musselman, the Director of Photography, flew from Los Angeles to Trinidad on three separate occasions to shoot. Michael Romain, the Trinidad & Tobago fixer, and David Ramcharan, the camera man and Trinidad & Tobago publicity manager, assisted in obtaining interviews on the island and spreading the word. Kevin Pinkney, the US publicity manager, has been doing the same thing.

Harper premiered The Other Side of Carnival in Port-of-Spain, Trinidad, in February 2010, right before the kick off of Carnival.

“We shot this documentary to make a point,” Harper stressed. “While it is easy to be distracted by the costumes and the music, I really hope after people watch The Other Side of Carnival, they can take away other aspects of Carnival,” Harper said.

Watch The Other Side of Carnival.