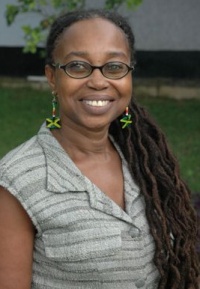 Black Writers have come into their own in recent decades. Of course throughout history there have been numerous black writers and philosophers – more than history as told from a white perspective would care to admit – but during the latter part of the twentieth century, and this first decade of the twenty-first, we have seen a multitude of talented black poets, essayists and novelists emerge.

Some have achieved great acclaim, and have become known ‘names’ in literary circles and among the reading public. However, the vast majority of black writers have a very difficult time trying to get their books into the mainstream marketplace.

If your name is not known, which it won’t be if you are a first time writer, despite the best efforts of your publisher the buyers of the large stores will disregard your book without even taking the time to explore its saleability. The same applies to the book reviewers of the major publications who decline to take the time to explore the contents and readability.

We know that the buyers of the large stores want to stock books which will move off the shelves and not vegetate, and of course we know it would be physically impossible for them to stock every single book that is published. But one feels that they could be fairer in the selection process.

It may be that their reasoning is that there is not a sufficiently large market for black books; perhaps they still have the mistaken perception that black people do not read but only listen to music. I would beg to differ. I know that there is a large market for books by and about black people. But part of the problem is that with no financial provisions for promoting and marketing it is difficult to make the buying public aware of the product, and if they are unaware of the product, how then can they buy it?

Also, black writers are usually published by small publishing houses that do not have the clout of the larger and more established houses. I spoke to publishers Macmillan Caribbean and Peepal Tree Press both publishers of black writings who both tell me that it is a perpetual problem trying to get their publications into the mainstream bookshops. And for those writers who decide to self-publish – and there are a growing number of them – it is even more difficult to get their work exposed.

Black writers tend to write about black issues and things that happen in their own sphere. On the surface this may seem uninteresting to white readers, but in reality if they were to open their minds and delve into some of these books by black authors, not only would they find themselves entertained, but they would perhaps also gain a better understanding of their black countrymen and women.

How can we draw attention to this matter and get the large outlets to carry our books? How can we get the reviewers of the mainstream press to be more equal in the books they choose to review for their readership? Is there some form of racism at play here, or is it that they genuinely can’t relate to us and our issues?

I am not suggesting that some un-named first time white writers don’t face some of the same problems – after all, not everyone can be a J. K. Rowling – all I am saying is that we tend to get overlooked because we are not considered ‘mainstream’. Our poems, essays, novels, are perceived to be for a very small audience and as such not worth taking up shelf space in the stores.

It is not an easy thing for a writer to get published, and having overcome that great hurdle it is a crying shame that he/she then faces bigger roadblocks in trying to get the attention paid to their work that they know they deserve.

It may be that black writers will have to come together to brainstorm about how to bring attention to our plight and how to find ways to get ourselves out there. If anyone has any great ideas let’s hear ’em!