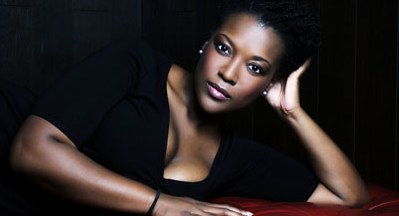 Abigail Kelly completed her Post Graduate Diploma course in operatic studies at the Royal Scottish Academy of Music and Drama in Glasgow under the tuition of Helen Lawson.

In 2006 she completed her undergraduate studies at Birmingham Conservatoire with a first class honours degree studying under Maureen Brathwaite with further tuition from Stuart Smith and Jane Robinson. She was awarded a course scholarship, the Robert Gahan prize for achievement by a first-year singer and the BMus prize. She has also won the Leamington Spa Festival’s Rae Woodland opera competition. Abigail is grateful to the Peter Moores Foundation which gave her additional financial assistance to further her operatic training.

As well as passing her ABRSM grade 8 piano exam with merit, Abigail has received the B.A.C.Y.A (Black and African Caribbean Young Achiever) award, the silver medal from the Worshipful Company of Musicians and was nominated in the music category at the International Women of Excellence Awards 2008.

Oratorio performances include Mozart’s Vespers, Mozart’s Mass in C minor, Haydn’s Creation, John Rutter’s Mass of the Children and Handel’s Messiah. She made her Birmingham Symphony Hall debut singing the soprano role in the Premiere of Bob Chilcott’s Christmas cantata, And Peace on Earth with the City of Birmingham choir.

Abigail’s operatic roles include Amour in Rameau’s Pygmalion, Helena and Juno in Purcell’s The Fairy Queen, Belinda in Purcell’s Dido and Aeneas. Abigail has toured with British Youth Opera in Italy, France and London, performing in the choruses of La Boheme, Don Giovanni and Eugene Onegin. Abigail toured with English Touring Opera in their autumn 2008 production of Dvorák’s Rusalka as first Wood Nymph and has recently finished a national tour in their productions of Mozart’s The Marriage of Figaro, Britten’s A Midsummer Night’s Dream and Donizetti’s Don Pasquale.

Abigail’s performances include actress/singer soloist in Luca Francesconi’s Lips, eyes…bang with the Thallein Ensemble at Birmingham Conservatoire for which she received critical acclaim and Shirley J Thompson’s Spirit of the Middle Passage realizing the role of Dido Elizabeth Belle at Queen Elizabeth Hall with the London Philharmonia. In Richard Chew’s Mary Seacole she played the roles of a young Jamaican girl and Mrs Grant and sang in Mass Carib by Felix Cross as part of the Greenwich and Docklands Festival with Nitro theatre company. In Julian Joseph’s Bridgetower with English Touring Opera she has sung the role of Mary Prince. Abigail was a featured artist during the Bollington Festival 2009 performing the role of Sara in Jonathan Dove’s Tobias and the Angel and the roles of Bess, Clara and Selena in a concert version of Porgy and Bess.

Abigail has a close relationship with the Diocese of Birmingham and has sung for Bishop John Sentamu on a number of occasions including the confirmation service of his election as Archbishop of York at St Mary-Le-Bow church in London and at the Walk of Witness service commemorating the 200th Abolition of the Slave Trade in London’s Kennington Park.

Abigail Kelly (Soprano) is available as a soloist for operatic and oratorio roles.