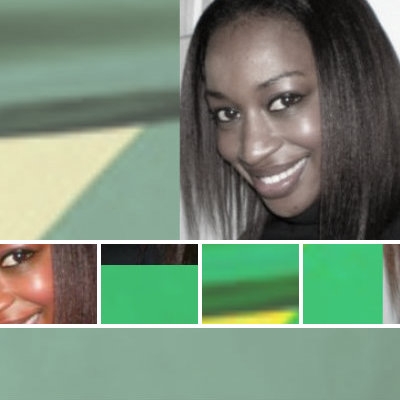 The repercussions of U.S. doping scandals have led to a popular belief that U.S. track stars and athletes all around are synonymous with the taking of steroids, notably Marion Jones, America’s former track star, who has since been stripped of every medal dating back to the 2000 Summer Olympics in Sydney, Australia after admitting that she took steroids.

Clearly, this is not the case. There are substantial numbers of athletes who have not ‘juiced up’.

Since Jamaica’s newest track sensation, Usain Bolt, ran away with a new Olympic world record in 9.69 seconds, many are questioning his athletic ability and wonder if he doped up to win the world title in the 100-meter final. As Bolt put it, Jamaicans are a naturally competitive people and it encourages us to put our best foot forward in winning stride.

Despite some former U.S. track stars getting “juiced up,” Jamaican athletes jokingly say they eat yam and cornmeal porridge, and perhaps some Chinese ginseng, used to increase physical and mental endurance, boost energy and normalize body functions. Bolt has a lot of talent, speed and energy to serve him years to come without the use of anabolic “juice.”

Why is it when Americans lose a race, they cry foul and suspect others of cheating going as far protesting the 100-meter final, claiming that a false start should’ve been called on U.S. sprinter Torri Edward. However, the protest was rejected by the track’s international governing body. The U.S. media even went further to call Bolt’s pounding of his chest and smiling at the photo-finish camera’s before reaching the finish line in record breaking speed “disrespectful” and “mocking the sport.”

Bolt is the new gold standard who was minted and refined in a country whose population is 2.8 million compared to America’s 301 million, yet managed to smash a new world record in sprinting and is now dubbed the “Fastest Man In The World.”

America’s athletic prowess in the world had begun to succumb to emerging powers of the Far East, specifically China whom has taken the lead to date with the most Olympic medals, and even the Caribbean is taking the stage with its own crew of rising athletic stars.

The balance of power in shifting in sports all around. Take the all – American game of baseball for example- the best players are imports from the Dominican Republic, also know as the Silicone Valley of baseball, however not made in America. In fact, the Dominican Republic supplies more players to Major League Baseball that any other country outside the U.S. Dominicans have been making their way to the major leagues since the 1950s, but more so now.

More than 10% of players in the major leagues now come from the island, including many of its baseball stars which prompted major league teams to set up a giant complex of ready-built baseball academies, playing fields and batting cages called Baseball City. However, their athletic ability and competitiveness stems from the streets.

Everywhere you will see harsh and raw poverty and everywhere you will find kids playing ball. “In the alleyways, they dodge cars and flip plastic bottle tops. In the country, you can see them clear broken glass from ruined baseball diamonds, pausing to let cows cross home plate,” observed David Goldblatt of BBC News.

In the case of homegrown Jamaican sprint superstars, Usain Bolt and Shelly-Ann Fraser, they were the first to bring home gold while still running for the island of their birth, not an adopted country such as Canada or Britain or, in the case of Merlene Ottey, Slovenia. Herb Elliot, a Jamaican member of the International Amateur Athletics Federation’s medical and anti-doping commission, noted it was time for a change. “NCAA scouts come to [Jamaica] in droves to recruit, but our athletes often come back [from four years at U.S. universities] tired and mediocre.”

The home environment is nurturing. Good coaches are staying home and, with the help of stars who keep Jamaica as their home base, are able to drive home the message that stars can be developed domestically. In addition, young people need role models and peer inspiration. When sprinter Asafa Powell chose to stay in Jamaica to practice and train, coaches were able to point at him and at his success to interest young athletes in staying back and putting U.S. college offers on the back burner. Once Asafa stayed, it encouraged Bolt to say too.

If you take the time and inclination to talk with many Jamaicans, you will discover we take a lot of pride in our country, our people, our culture, our music, or successes and most of our athletes. As long as Jamaica continues to breed and nurture success, the world will be watching.

I think getting ‘juiced up’ is akin to a corruption in politics, where one is taking advantage of others by taking something that gives it an unfair advantage over others. Thus, the wins aren’t honestly deserved. Like politics, athletes who get ‘juiced up’ often suffer painful consequences, e.g. East Germany en circa 1980’s. It is unfortunate that the same drive that pushes our most competitive winners also drives the selfish orientation of others to cheat- and ‘juice up.’ In turn, those that regulate the rules of the game are forced to encourage the proliferation of more policies, e.g. Contract Testing by the United States Anti-Doping Agency conducted under agreements of other relevant international testing authorities, which cast a suspicious eye on athletes, diminishing the honesty and trust that true competition are expected to embrace.

Every four years, for two weeks, Olympics and World Cup Soccer shifts the balance of power and lines up a new world order. This year, Jamaican females swept up a gold and two silver medals in a sport often dominated by the U.S. Lauryn Williams, who won silver four years ago in the Athens Olympics admitted, “We’ve dominated for years, and now it’s their time.”

The Olympics is merely a proxy sport of international relations that embrace competitiveness without violence. The only difference being that the heads of state are cheerleaders and spectators, the corporate sponsors are the Office of Management and Budget, and no one should be getting harmed for their participation in it.