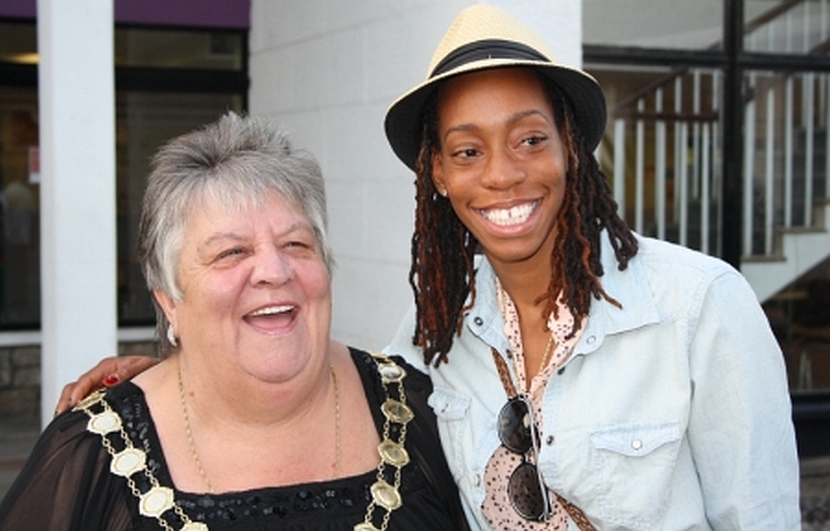 Shara Proctor, current British record holder for the Long Jump and a member of team GB’s visited Slough on Friday 10th August, to celebrate her achievements with the Mayor and members of the local Anguillan community.

Shara, an Anguillan by birth, has been competing since 2006 and in 2012 won her first senior medal for Great Britain, a bronze medal in the long jump in the IAAF World Indoor Athletics Championships, after a British national indoor record jump of 6.89 metres. Her longest jump outdoors is 6.95 metres in the long jump, achieved in June 2012 in Birmingham; and 13.74 metres in the triple jump, achieved in May 2009 in Greensboro. She holds the national long jump records for Anguilla and Great Britain.

Members of the Anguillian Diaspora Community came to celebrate Shara’s achievements at an official reception held in her honour on Friday 10th August at 7.30pm.

The reception was held at the Haymill Centre, Burnham

At the reception Shara met with the Mayor of Slough, Councillor Christine Small, and was presented with the newly established Transmarinis Award from the Government of Anguilla’s UK Representative, Dorothea Hodge.