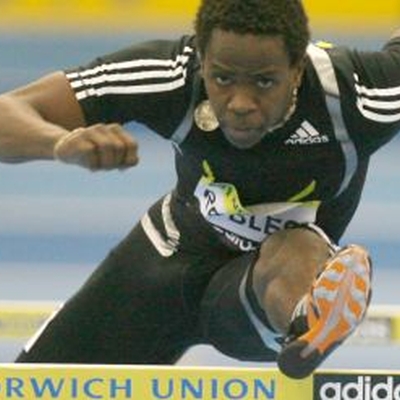 Olympic Champion Dayron Robles hopes that the Aviva Grand Prix in Birmingham will be a stepping stone to World Indoor Championship success.

The Cuban hurdler, who last competed in Birmingham in 2007 with a second place finish in the 60m hurdles, will compete at the National Indoor Arena on February 20.

He said: “It’s really exciting to be competing in the UK at the Aviva Grand Prix – the Brits always really get in to the sport from the sidelines and provide a lot of support. It gives me the chance to compete against some of the best in the world so to go there and get a good result would be fantastic.”

Robles is looking to make up for the disappointment of the 2008 World Indoor Championships where as the world leader in the event he was favourite to win but crashed out in the heats. The then 21-year-old had stopped running after wrongly thinking the athlete in the lane next to him had jumped the gun.

However, he bounced back to win Olympic Gold in Beijing and then bronze at last year’s World Championships.

And he has already started 2010 in emphatic style, winning at a European Indoor meeting in Dusseldorf in 7.50seconds, which is the joint second fastest time in the world this year, and is set to race again in Stuttgart on Saturday.

“It’s important for me to get as many races in as possible before heading out to Doha for the World Indoor Championships. After my result in 2008 I want to make sure that I perform the best to my ability and get a good time on the board. It’s a great place to line up against some of the best in the world and fight it out on the track.”

A unique concept will kick-start the action at the National Indoor Arena for the Aviva Grand Prix this year, when BMX riders and inline skaters take on British high jumpers in an Extreme High Jump exhibition. At 12.30 spectators can witness for the first time the meeting of polar opposites traditional athletics and extreme sports; this short event promises to push the boundaries of traditional athletics as the rules are swapped for tricks and stunts.

To see this and the main event make sure you get your tickets for the Aviva Grand Prix at the National Indoor Arena, Birmingham on Saturday 20th February, which are available by phone on 08000 556 056 or online at www.uka.org.uk