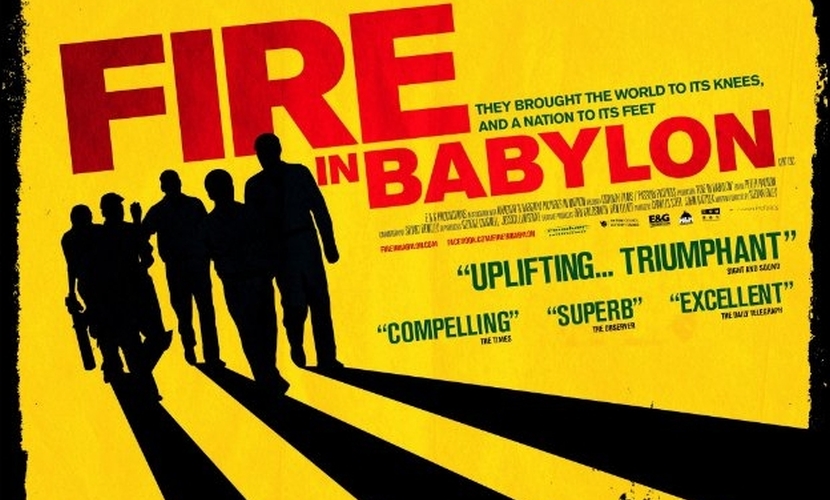 Director Stevan Riley (Blue Blood, Rave Against the Machine) tells the story of the West Indies team of the 70’s and 80’s that burst onto the cricketing world scene and took the sport to a new level.

Fire In Babylon is the breathtaking story of how the West Indies triumphed over its colonial masters through the achievements of one of the most gifted teams in sporting history.

In a turbulent era of apartheid in South Africa; race riots in England and civil unrest in the Caribbean, the West Indian cricketers, led by the enigmatic Viv Richards, struck a defiant blow at the forces of white prejudice worldwide.

Their undisputed skill, combined with a fearless spirit, allowed them to dominate the game at the highest level, replaying it on their own terrifying terms.

They were heavily criticised, but, combined with batting from such as Lloyd, Gordon Greenidge and the incomparable Viv Richards, they proved impossible to beat, and built the foundations for a side recognised as world champions until the beginning of the 90s.

This is their story, told in their own words.

Cricket Legends and stars lined the red, green and gold carpet for the FIRE IN BABYLON European Premiere

STEVAN RILEY premiered his boxing film Blue Blood at Tribeca in 2007. It was released in the UK to widespread critical acclaim, earning a nomination for Best Film at the Evening Standard Awards as well as Best British Newcomer at the London Critic’s Circle. His film Rave Against the Machine won awards at nine international film festivals.