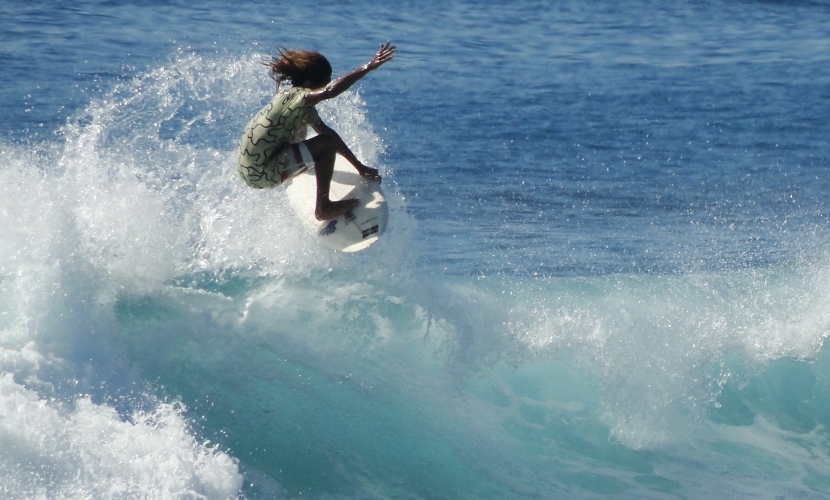 The Jamaica National Junior Surfing Team will depart on the 6th of June for the 2013 DAKINE ISA World Junior Surfing Championship presented by Billabong in Tola, Nicaragua 8 – 16 June.

“The team is a mix of experience and youth…” said JSA President Billy Wilmot, “…Garren Shama, Ivah and Armani have all represented at this level before. Young Ronald and Okeem who are representing for the first time will receive valuable competition experience, exposure and have a positive personal character building experience.”

Mr. Wilmot went on to explain “You have to understand that surfing is a huge sport and industry in places like USA, South Africa, Australia, Brazil, Hawaii, Peru, France, Costa Rica and those nations traditionally dominate the event. They all field complete teams, spend millions on their surfing development programs. Their young athletes have access to quivers of custom made surfboards, national programs conducted by professional coaches and fitness trainers and benefit from contracts with multiple industry sponsors providing travel and expense accounts.”

When asked about Jamaica’s prospects at the games, the president responded saying “In the Team Challenge with only 6 of a possible 12 surfers it will be difficult to break the top 25 but individually, we want them to try and set or better their personal best result and expect they will represent Jamaica with honor and dignity and give their best effort and make a major impression on all who witness their performances. If that puts them on the podium it will be wonderful but if not I expect them to beat quite a few other surfers, regardless of who is sponsoring them or which teams they surf for.”